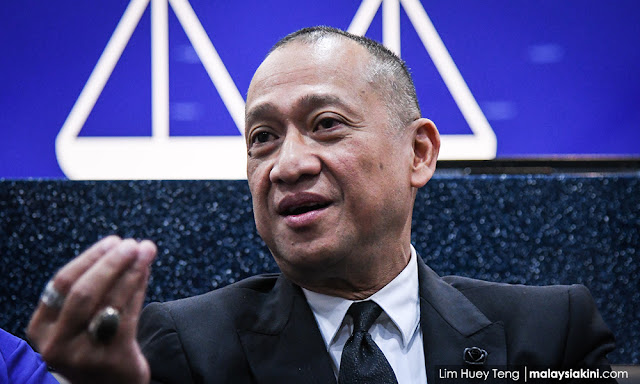 data-ad-client="ca-pub-2087779861746347" data-ad-slot="7124395870" data-ad-format="auto" data-full-width-responsive="true">
1. BN secretary-general Nazri Abdul Aziz claimed that his remarks on vernacular schools had been misquoted by the media, and his comment that non-Malays should not be the attorney-general merely reflected Malay sentiment on the issue.
2. Cardiothoracic surgeon Dr Mohamed Ezani Md Taid told an inquest that his staff informed him that the firefighter Muhammad Adib Mohd Kassim had nodded when asked whether he had been beaten, and said Adib succumbed to acute lung failure due to injuries caused by “blunt force trauma”.
3. High Court judge Mohd Firuz Jaffril grilled the lawyer Sangeet Kaur Deo on how Court of Appeal judge Hamid Sultan Abu Backer’s affidavit had been leaked to members of the public before it had been served.
4. Sangeet is also reconsidering her suit against the judiciary after the government announced that a royal commission of inquiry would be set up to probe alleged misconduct amongst judges.
5. Prime Minister Dr Mahathir Mohamad said he does not need PAS’ support to remain in power, and he does not understand the Islamist party’s shifting stancedespite having declared support for him.
6. A fire broke out on a ferry in Langkawi, injuring two while 50 others escaped unharmed.
data-ad-client="ca-pub-2087779861746347" data-ad-slot="7124395870" data-ad-format="auto" data-full-width-responsive="true">
7. Police said a suspect who admitted to placing religious idols at Surau Sabilul Huda in Klang was a “gila isim” practitioner who was motivated by a dream to commit the alleged offence
8. Human Resources Minister M Kulasegaran climbed the 4,095-metre tall Mount Kinabalu and cited the prime minister’s age as his inspiration.
9. Police have detained and remanded two people who are believed to have masterminded an employment scam that led to 47 Malaysians being detained in Cambodia in December.
10. China reportedly told foreign diplomats last week that its counter-terrorism and deradicalisation efforts in Xinjiang ought to be applauded.
Share to: