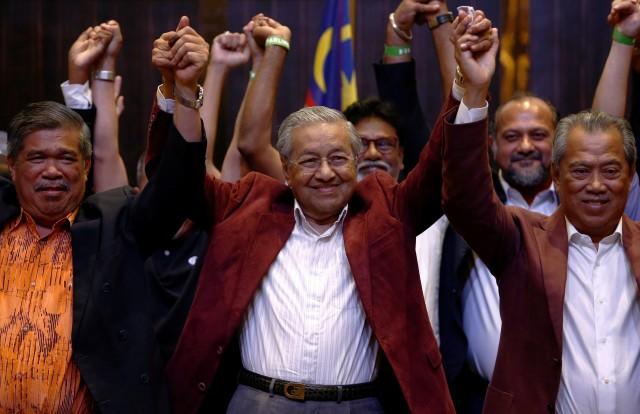 COMMENT | There are no words to describe what has just happened. Nothing anyone can say or express can capture the emotions that millions of Malaysians feel today. Perhaps the tears that fill our eyes, that fill my eyes… might begin to reveal something of the intensity we all feel at this moment as we lift grateful hearts and hands to Almighty God.
Our nation is reborn! It’s a new day. We have been given a second chance.
Who would have thought such a thing was possible? All the polls, both foreign and local, said Najib Abdul Razak would cling on to power, that he had all the power of the state on his side, that the warlords in his own party were with him, that his cash would keep him king. And yet he fell with an earth-shattering thud.


Najib will now join the ranks of the Marcoses, the Soehartos, the Mubaraks, the Mugabes of the world, despots defeated by the people they spurned and took for granted.
Our people have shown their true colours. They came out in the millions. Standing in long lines in the hot sun, you could feel the potency of their determination, their resolve to defy the chicanery of corrupt and dishonest officials. They’ve rejected the politics of race and division and sent a clear message that they will no longer tolerate corruption and the abuse of power.
The sense of freedom is already palpable. Just watch national television and other media adjust to the new reality. It’s going to get really exciting and interesting as freedom takes hold.
Mahathir, man of the moment
Dr Mahathir Mohamad is the man of the moment. They poked fun at him, said he was too old. They cut his picture out of election posters. They tried to make him out to be a lackey of others. Not content with that, they threw money at us; they threw threats at us, but there was no stopping Mahathir or the people who stood with him.
Millions of ordinary citizens sensed in him the leader they had longed for and he rose to the occasion with grace, sagacity and leadership. Whatever wrong that was attributed to him before has been erased; he is now our prime minister and he carries with him all our hopes for a better nation. As I wrote earlier, he was not just a former prime minister trying to make a comeback but an idea whose time has come. 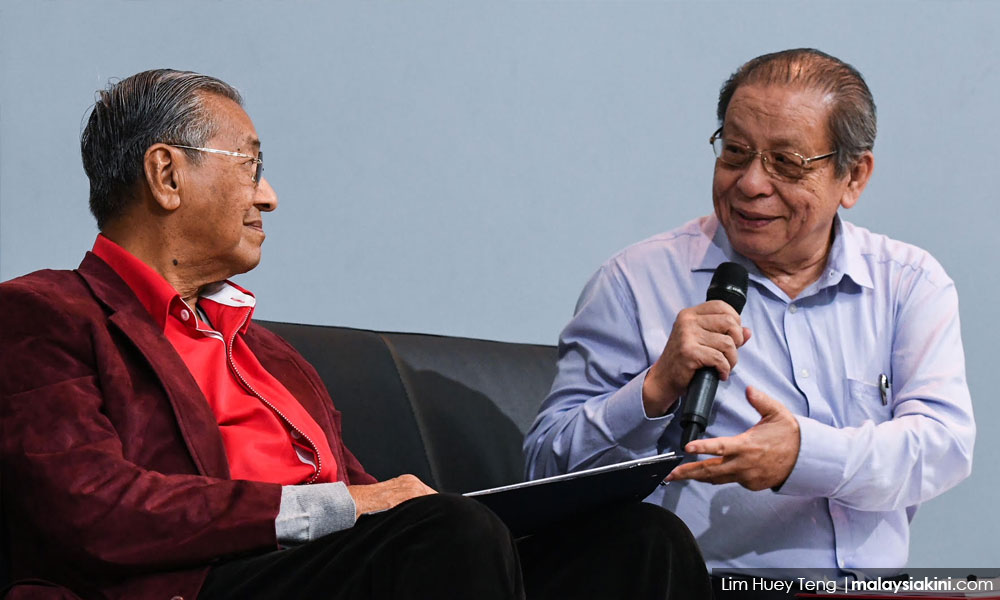 He did not stand alone, of course. This victory would not have been possible without the DAP and PKR in particular, and men like Lim Kit Siang and Anwar Ibrahim who kept the flame of freedom and hope alive during dark times. Anwar, in particular, paid a huge price and will forever be remembered as the man who launched ‘Reformasi.’ His plaintive cry for change decades ago finally brought down the walls of tyranny. We will very shortly join his family in celebrating his release.
Many others like the indomitable Rafizi Ramli, the late Irene Fernandez and the late Karpal Singh also sacrificed much to make this victory possible. We owe an immense debt of gratitude to such men and women who refused to give up, who were willing to pay any price for freedom.
And then there are the men and women of Bersih and the millions who marched with them… the list goes on. It’s a story of many pulling together as one, of Bersekutu Bertambah Mutu(Unity is Strength).
A second chance


Now the hard work of rebuilding our nation begins. There is so much to do, so many things to set right. It won’t be easy setting right years of destructive policies, repressive laws, division and disunity. But we have in Mahathir and his team of experienced and committed leaders, men and women who have been tested by adversity and proven by trial. And they have the support of the people.
Pakatan Harapan has already set forth its agenda for change – clean and trustworthy governance, the repeal of repressive laws, an end to corruption and economic policies that truly serve the people. This is what the people want. It’s not an impossible task, especially given the massive mandate that the people have given them.
I asked Mahathir recently whether he had given up on his dream of Bangsa Malaysia and he told me that he still carries it in his heart. Now, at last, the nation is ready for it; I am confident it will be one of his legacies to the nation.
This is also a time for healing the land and binding up the wounds of division and distrust. Let justice be served without vengeance or malice.
I hope Umno/BN will now use its time in the wilderness to cleanse and reform itself and come back to life again as a strong, credible and honourable opposition. It owes that much, at least to the nation. For our democracy to thrive, we need a strong opposition.
Stand on guard
More than anything else, let us remember that it’s not just Mahathir’s victory; it’s our victory. We, the citizens of this great land, have spoken. We’ve sent a message that we will not be bullied, bribed, intimidated, cheated or disrespected. A sacred trust, a solemn compact has been forged between the government and citizens – that the government exists to serve the people, to seek out their good and to strive to make our country the best nation in the world.
We must now stand on guard for our nation. In the final analysis, for a democracy to flourish, the people themselves must be the custodians of their democracy, defenders of their freedom. Power invariably corrupts even the best of us; we must never again give power to anyone without watching them closely and holding them accountable. We made that mistake before; we cannot afford to make the same mistake again.
Hold your head up high, Malaysia
History is often punctuated by momentous and dramatic events. This is Malaysia’s moment. At last, we can again hold our heads high among the nations of the world. There is every reason to believe that, in time, we will emerge as one of the truly great nations of the world. Nothing less will suffice.
And let the word go forth that freedom and democracy have found a new home, a new people to champion its cause. Let struggling and oppressed people everywhere take hope that nothing is impossible, that freedom will triumph in the end. And it can be done without foreign troops, foreign interference or violence.
Rejoice, my beloved country, rejoice!