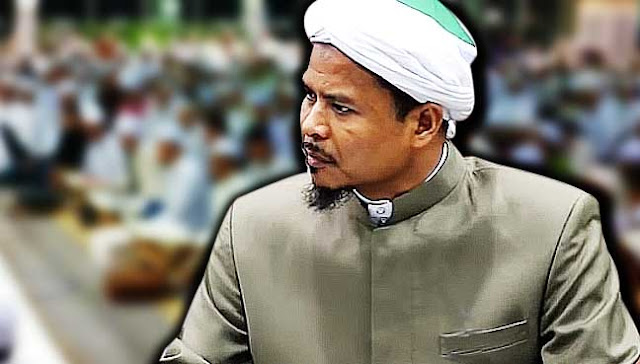 PETALING JAYA: Muslim preacher Zamihan Mat Zin has been banned from giving lectures at mosques and suraus in Selangor, The Star Online reported.
Selangor Islamic Religious Department (JAIS) director Haris Kasim sent a letter to all concerned, informing them about the suspension today.

In the letter, he said Zamihan, who is Persatuan Ahli Sunnah Wal Jamaah (Aswaja) president, was now being investigated under Section 4 of the Sedition Act.
Zamihan was arrested yesterday and remanded for two days from today for investigations into a talk he gave at a mosque in Shah Alam last Sunday.
Yesterday, it was reported that the Malaysian Islamic Development Department (Jakim) referred Zamihan to the disciplinary board following his alleged criticism of the Johor sultan during a religious talk.
Jakim director-general Othman Mustapha said Jakim took a serious view on Zamihan’s statements in the video that was uploaded on YouTube, and agreed there were hints of criticism aimed at Sultan Ibrahim Sultan Iskandar.
He also confirmed Zamihan was a Jakim officer in the home ministry, currently serving at Kajang Prison.
-FMT NEWS-