Why Najib is dithering over GE14 date 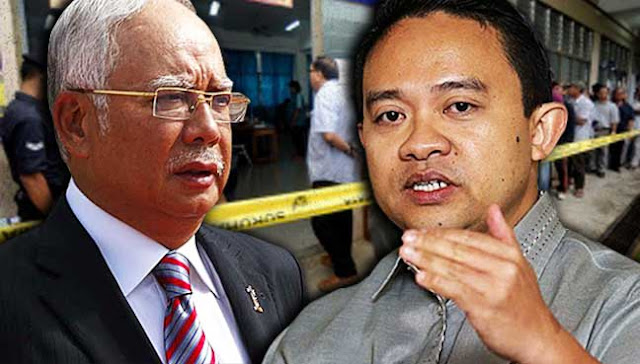 KUALA LUMPUR: For more than a year, Malaysians have been talking about an impending general election. But it has yet to be called by Prime Minister Najib Razak.

Although he has been very busy touring the country to give speeches that can easily be taken as campaigning, Najib does not seem ready to make the actual call, says Wan Saiful Wan Jan in an article in The Straits Times.

“Some say that Datuk Seri Najib is strategising and waiting for the right time. Others suggest that he is dithering because he is not sure if he can produce a sufficiently good electoral result to secure his own premiership for the foreseeable future. And some say that indecisiveness is his trademark.”

But, the visiting senior fellow at Singapore’s ISEAS – Yusof Ishak Institute and chief executive of Malaysia’s Institute for Democracy and Economic Affairs says, whichever it is, Najib does have good reasons to dither.

Saying the best time for Najib to have called for the GE14 to be held was last year when the opposition was in somewhat of a shambles. Wan Saiful says Najib missed that opportunity.
Now, with the opposition consolidating under former prime minister Dr Mahathir Mohamad, who has partnered with former rival Anwar Ibrahim, Najib is uncertain about victory or the extent of his victory. The Mahathir-Anwar partnership creates a lot of uncertainties, adding to Najib’s dithering.

There is fear that even if he wins at the federal level, he may lose several states to the opposition Pakatan Harapan (PH).
“That is why Mr Najib needs to improve the outlook for state-level polls before calling a general election. He is working hard to ensure just that and there are indications that his strategy may be working.

“He has successfully pulled the Malay-majority Parti Islam SeMalaysia (PAS) out from PH by dangling issues like the supremacy of Islam and Malays as carrots.

“Mr Najib does not need PAS to join his BN coalition. He just needs to be confident enough that PAS will put candidates in as many seats as possible, therefore creating three-cornered fights nationwide. Such a situation will split opposition votes and that is a sure tactic to benefit Umno and BN. Once he can confirm that, there will be no more reason to dither.”
Wan Saiful says not only are the opposition parties slowly uniting under the PH, Umno is being rocked by PPBM.

He says although the BN looks confident at the federal level, the situation is less certain in several states, where PH is making headway .
Kedah, for instance, appears to be paying attention to the message of Dr Mahathir, who hails from there. The fact that Mukhriz Mahathir, the PPBM vice-president, is the leading candidate for chief minister if PH wins has a lot of traction among voters.
PH, Wan Sailful says, is also making headway in the relatively more multi-ethnic Perak.
“A surprise is perhaps in the offing in the southern state of Johor. Traditionally known as an Umno bastion, Johor has suddenly turned risky. Dr Mahathir chose this state for his first speech after being named chairman of PH.

“Many of the Malay villagers I met at that event in July in Kota Tinggi said they are Umno members and will not leave the party for fear of victimisation. But they will vote for PPBM as they are upset with the way Mr Najib treats Mr Muhyiddin (Yassin), a Johorean. Mr Muhyiddin, as Johor state chairman for PH, has been mobilising his people and quietly penetrating Umno strongholds. The strength of the silent protest is difficult to measure and that is why things have become risky for Umno there.”

Muhyiddin was deputy prime minister and Umno deputy president until he was sacked by Najib last year after he questioned Najib’s handling of the 1MDB fiasco.

“The biggest question mark hangs over Sabah and Sarawak. These two states have been BN’s vote bank for years. But state nationalism is strengthening in both states. The locals are demanding greater autonomy from Peninsular Malaysia.

“PH is riding on this wave by allowing local opposition parties and local figures to lead their campaign there, without demanding that they officially join the coalition. This helps create the impression that their movement is local to the states, rather than being led by peninsular politicians, as is the case for BN component parties over which Umno has an iron grip.”

Wan Saiful notes that in 2008, then prime minister Abdullah Badawi led Umno to retain the federal government, but lost four states to the opposition and Umno subsequently forced him to quit.

So, Najib knows the same fate may befall him if he does not deliver the states as well. The precedent, Wan Saiful says, was set by Najib himself.-FMT NEWS-