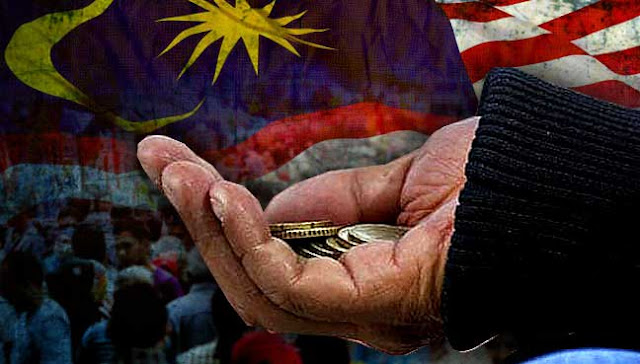 By TK Chua
Politicians and political parties are now competing to appease, not govern the people.
They compete among themselves to see who can provide more goodies, that range from general welfare, benefits for civil servants, funeral expenses, and aid for single mums to special payments to senior citizens, all of which are dished out generously.
Seriously are we turning this country into a nation of beggars? If our policies have been appropriate, why are we churning out an endless number of people requiring financial help?


Dishing out transfer payments is like Band-Aid economics.
Why are people, who are working full time, unable to sustain themselves and their families? Why do they not have sufficient savings for their old age as well as for funeral expenses?
Have we not said ad nauseam that our economy is growing nicely? Where have the fruits of development gone?
Seriously, if these fundamental questions are not answered, no amount of piecemeal and ad hoc financial aid is going to do much. Helping a “nasi lemak anak dara” here or starting a digital mall there is not going to help if the problems we face as a nation are systemic.
This brings forth another fundamental point: are our politicians and political parties serious thinkers or pasar malam peddlers?
When are they going to stop indulging in gimmicks and start the serious business of governing?
Then, we have politicians who are bigoted, racist and stupid. Yes, they want to be champions of narrow-mindedness, racism and stupidity.
They will indulge in antics of all kinds and talk endlessly about God and immorality, but essentially possess no idea of God’s attributes and the meaning of being immoral and depraved.
Creating fear and insecurity are other areas they want to excel in. Like drug addiction, the methods they adopt to instil fear in others are getting more potent each time.
They first make us worry over losing our rights and privileges although no one seems to know who is enjoying them besides the well-connected. Then they create doubt over our salvation.
More recently, they have been making us fearful of our personal safety and instilling uncertainty over our place under the Malaysian sun.
There is no end to the competition on baloney. They now equate political parties with the government, an antic we used to laugh at, when it came to the communists.
Soon, the national anthem, national flag and government institutions will be replaced with party songs, party flags and party machinery. They want loyalty not to Malaysia but to the political party governing it.
But don’t be mistaken. There is another competition among our politicians, and it is to become the most defiant.
Such politicians knowingly aim to be uncouth, unreasonable and act ridiculous, thinking that we the people can do nothing about it.
I leave it to you to decide whether we, the people, are really that stupid and can do nothing about it.
TK Chua is an FMT reader.
The views expressed are those of the authors and do not necessarily reflect those of FMT.