We did not raise RM70,000 for bogus dentist, says PPIM 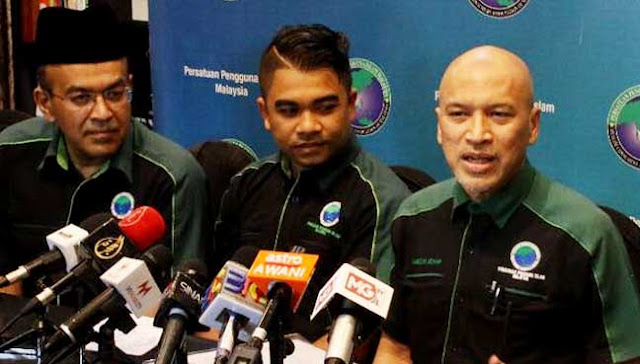 KUALA LUMPUR: The Malaysian Muslim Consumers’ Association (PPIM) has denied claims it raised funds to help pay a RM70,000 fine imposed by the court on a bogus dentist.
In responding to criticism levelled at the NGO over the matter, its lead activist Nadzim Johan said PPIM had never condoned the actions of Nur Farahanis Ezatty Adli, 20, who was found guilty on Sept 29 by the Sessions Court in Melaka for running an unregistered private dental clinic.
“We have never supported what she did because it is clearly wrong and everyone knows that.


“We have never given or received a sen from the fundraising which reached RM70,000.
“We were only offering some advice to the family and Nur Farahanis’ lawyer who came to see us after her sentencing. Is that wrong?” he said in a press conference held at Villa Puteri Condominium here.

“PPIM is known for helping people. That is our job, we will help people, even if it relates to cases involving Ah Long (loan sharks).”
A bikers’ club apparently raised the RM70,000 with the help of the public and a few other NGOs.
The fundraising campaign was said to have involved the Malaysia Islamic Economic Activist Organisation (PPEIM).
It was reported that Nur Farahanis claimed in an Instagram post that her “business” had been approved by the Health Ministry. She had also thanked Deputy Health Minister Dr Hilmi Yahaya and his private secretary Aziaan Ariffin for their support.
However, Hilmi’s office said in a statement issued by Aziaan, that it had never supported or compromised with individuals who violated the law.
Nur Farahanis was released from prison after serving six days out of her six-month jail sentence for failing to pay the fine.
PPIM’s lawyer Hishamuddin Hisham confirmed that the NGO did not raise any funds for Nur Farahanis and had merely offered advice to the family and lawyer.
“It is our principle not to conspire with anyone who wants to open a business without a licence. That is our stand,” he said.
-FMT NEWS-