Thank you to the Malay Rulers for not remaining silent 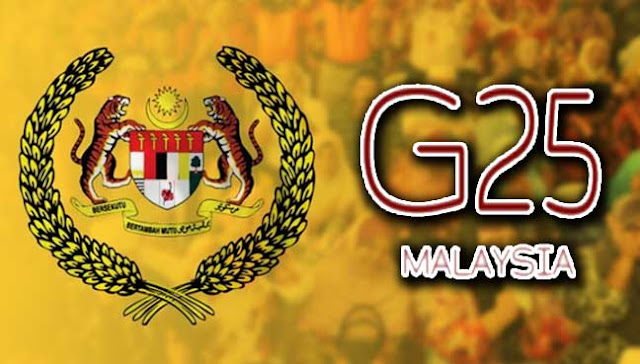 By G25
We, the members of G25, wholeheartedly support the stance taken by the Malay Rulers in condemning the actions of individuals and groups who, in the name of Islam, put the harmony that exists within Malaysia’s multi-ethnic and multiracial society at risk.

The actions by these individuals and groups reflect an ever-increasing move away from a moderate Islam and a moderate Malaysia, contradicting the government’s international stance. Indeed, these actions by the extremist few pose a very serious threat to the peace, harmony and stability of our beloved nation and must be nipped in the bud right now.

The members of G25 are proud to have the Malay Rulers who stand united as leaders against the extremism that is spreading in our country. We are so thankful that our rulers have not remained silent, where others have. The Malay Rulers have taken a crucial leadership role both in the name of protecting the good name of Islam and in safeguarding racial harmony against an existential threat to the nation.

We once again call on the government to take a clear and firm stand against, and to urgently and decisively put a stop to the rise of religious extremism, intolerance and bigotry, not only among individuals and groups, but also within the religious enforcement agencies and among independent preachers.

We are concerned by the ambiguity of certain shariah criminal laws and the lack of accountability of religious institutions and authorities. The time is opportune for the federal and state governments to review the Syariah Offences Acts and Enactments which give religious authorities broad powers and which are seriously lacking in clear definitions which can be abused and indeed, have been abused.

The federal and state governments need to urgently monitor their respective religious departments to ensure that they do not abuse their powers and perpetrate injustice. Those who are guilty of abusing their powers must be held accountable.

As religion comes under the Malay Rulers, it is also important that administrative support for the Majlis Raja Raja Melayu and individual Malay Rulers be strengthened in order to restore confidence in the shariah system of law as one which is just and not arbitrary and selective, and not be politicised.

Action also needs to be taken against those who promote hatred, mischief and disunity. In our efforts to progress from a developing nation, it is indeed a sad day when hate speech, bigotry and discrimination can take place with impunity, thus encouraging offenders to influence others. This attitude of racial and religious supremacy is not only divisive but will have a negative impact on the social, economic and political stability of the country.

The whole nation needs to come together, from the government to its people, to promote unity and harmony through a renewed commitment to the principles and spirit of the Rukun Negara and the Federal Constitution, in the workplace, schools, communities and homes.

The reputation of our country and of Islam as champions of moderation, respect and tolerance is at stake, as is the peace and unity of our people. The diversity of our nation is our strength and our bond. We urge all Malaysians who want to live in a nation where our differences are celebrated, to join us in our call for a more tolerant, respectful and inclusive society. Let not our voices of moderation be drowned by those of the few.

The Malay Rulers have spoken. Let us as citizens give our wholehearted support in words and actions.

G25 is a movement of eminent Malay moderates.

The views expressed are those of the authors and do not necessarily reflect those of FMT.