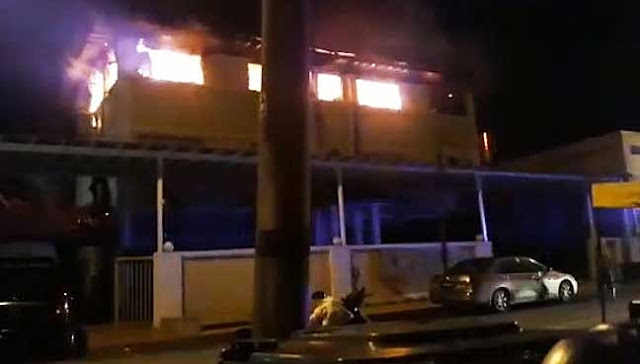 From as early as 7am, reporters from both the foreign and local newspapers packed the courtrooms in which the suspects in the tahfiz school fire of September 14, were to appear.
Even before their appearance, many people expressed relief that no-one had died in another fire at a tahfiz school in Negeri Sembilan, the night before.

In the Kuala Lumpur magistrate’s court, seven boys, whose ages ranged from 11 to 18, were charged with murder and drug abuse.
One social observer remarked, “There are two other important issues, besides the charge of murder and drug abuse. Could the deaths have been prevented if there had been a fire exit, and if the fire department regulations had been observed?
“The second issue concerns the suspects. When they were arrested, we were told that the suspects had discussed their plan to wreak revenge on the tahfiz boys because of a misunderstanding. The suspects planned to break in and steal smartphones from the tahfiz school students, then set fire to the place.”
One parent said, “Seeking knowledge is an obligation placed upon every Muslim, which when combined with the opportunity to correct one’s sins and mistakes, to improve oneself, is lost on the Malay. Why are there some people oblivious to this? I would like to know if the parents of the suspects knew what their children were up to that night?”
These are valid considerations. So, why were the children at a mamak shop at 1am? What happened to parental care? Did they not realise their children weren’t in bed, ready for school the following day?
Did the children not realise that it is wrong to steal? Did they not realise the consequences of starting a fire? Did they not realise the fire could spread, injure or kill?
Six of the seven suspects tested positive for drugs. Did the parents know their children dabbled in drugs and did they try to stop their drug-taking habits? How did the children end up taking drugs? Two of the suspects have a police record for vehicle theft and rioting.
There are many instances in daily life in which parents stubbornly refuse to discipline their children. March them to bed from an early age, if they are naughty. Make them adhere to simple house rules. Gate them for a few days, and stop them from meeting their friends, if need be. Stop their pocket money if necessary.
In February, several Mat Mosquitos (Mat Rempits on bicycles), who were illegally racing on a public road, were mowed down by an unsuspecting motorist in Johor Bahru. Why were the children out so late?
The natural reaction of some parents is appalling. If their son meets with an accident, the parents say that it is his takdir (destiny). There is no mention of taking preventative measures, or playing safely within the confines of the garden or the house.
It was also revealed during the hearing for the tahfiz school fire, that six of the seven suspects were school drop-outs. How did our education system fail them?
So, is the problem caused by bad parents? Do they have so many children, that they cannot keep an eye on each child? Are the parents trying to eke out a living, and are juggling several jobs to put food on the table, leaving them too tired to manage their children?
What is the real reason for the vicious cycle of poverty, abuse, neglect and apathy, which affects many parents?
Mariam Mokhtar is an FMT columnist.
The views expressed are those of the author and do not necessarily reflect those of FMT.