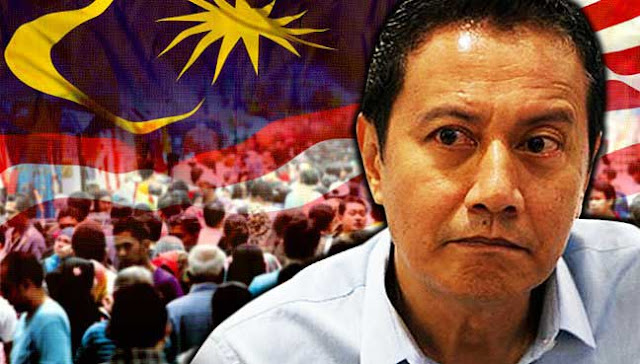 PETALING JAYA: Human rights lawyer Azhar Harun has taken to Facebook to voice out his frustration at the lack of gumption by the silent majority in the country to make a stand.
Alluding to the sense of apathy among a majority of Malaysians over issues affecting their lives, Azhar, who is better known as Art Harun, said “the silent majority is a wasteland”.

“It (silent majority) is a pathetic glob of apathy and selfishness.
“One does not need a single defining moment to act or to start taking action. There need not be something earth shattering. Nor something so moving, so emotive or so colossal,” he said.
He warned that such “earth shattering” moments will never come, advising those of such mind to “continue leading a mundane, uneventful, underachieving life, albeit within the comfort of your well-furnitured cave”.
Art also criticised those whom he said had chosen to remain out of the picture, saying that they should stop complaining.
“And while you are what you have voluntarily and consciously chosen to be, stop your whining and get back to bed.”
He supported his comments by quoting the late Nelson Mandela, who had stood up to the leaders of the apartheid South African government over many decades.
Art shared an excerpt from the book “The Long Walk to Freedom”, about the first black South African president’s fight against prejudice and the dream of living in a country that was free of any discrimination.
“I cannot pinpoint the moment when I became politicised, when I knew that I would spend my life in the liberation struggle. To be African in South Africa means that one is politicised from the moment of one’s birth, whether one acknowledges it or not.
“I had no epiphany, no singular revelation, no moment of truth, but a steady accumulation of a thousand slights, a thousand indignities and a thousand unremembered moments produced in me an anger, a rebelliousness, a desire to fight the system that imprisoned my people.
“I have cherished the ideal of a democratic and free society in which all persons live together in harmony and with equal opportunities. It is an ideal which I hope to live for and to achieve. But if needs be, it is an ideal for which I am prepared to die.”
-FMT NEWS-