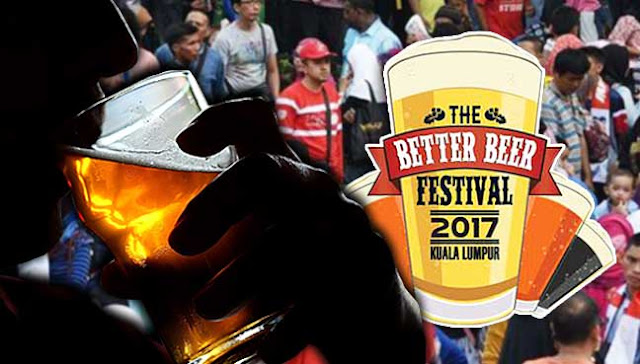 By Khoo Suk Chyi
In an interesting occasion back in May 1958, shortly after the Malayan Independence, a Muslim member submitted a motion in the Federal Legislative Council seeking to prohibit the serving of alcoholic drinks at all functions of the federal government on the grounds that the then Malaya had been “officially recognised as an Islamic State” and that everyone “must, therefore, respect the rules of Islam and Islamic laws”.


In response, then prime minister Tunku Abdul Rahman rejected the proposal and firmly maintained that Malaya was a secular nation.
He said: “I would like to make it clear that this country is not an Islamic State as it is generally understood, we merely provide that Islam shall be the official religion of the State.”
One’s right to freedom of religion is expressly spelt out in Article 11 of the Federal Constitution. Article 11(1) reads: “Every person has the right to profess and practise his religion and, subject to Clause (4), to propagate it.”
However, one’s right to freedom of religion is not absolute. Article 11(5) of the Constitution provides: “This Article does not authorise any act contrary to any general law relating to public order, public health or morality.”
The question now arising is what amounts to an “act contrary to any general law relating to public order, public health or morality”.
It must first be borne in mind that Malaysia was and has always been a secular nation. Although Islam was given a status as the official religion of the nation, other religions may be practised by Malaysians under Article 3(1) of the Federal Constitution (the “Constitution”).
In preparing and drafting the Constitution, the Reid Commission noted in their report: “In the memorandum submitted by the Alliance it was stated the religion of Malaysia shall be Islam. The observance of this principle shall not impose any disability on non-Muslim nationals professing and practising their own religions and shall not imply that the State is not a secular State.”
In Che Omar bin Che Soh v Public Prosecutor (1988) 2 MLJ 55, the Supreme Court refused to rule that the death penalty for drug trafficking offences was unconstitutional on grounds of inconsistency with the principles of Islam because Malaysia was a secular nation practising secular legislations regardless of one’s yardstick of morality.
Then Lord President Salleh Abas said: “… the law in this country is still what it is today, secular law, where morality not accepted by the law is not enjoying the status of law. Perhaps that argument should be addressed at other forums or at seminars and, perhaps, to politicians and parliament. Until the law and the system is changed, we have no choice but to proceed as we are doing today.”
Coming back to the question arising, there are two points which must be noted.
First and foremost, Article 11(5) of the Constitution refers to an act contrary to a “general law” and not “personal law”, in other words, a secular law applicable to all Malaysians.
Secondly, it refers to a general law which seeks to preserve public order, public health or morality, and not just any general law.
It was reported that the decision made by Kuala Lumpur City Hall (DBKL) to reject the organiser’s application to hold the Better Beer Festival was “due to the political sensitivity surrounding the event” following protests from PAS, which denounced the beer festival as encouraging immorality and promoting Malaysia as the largest vice centre in Asia.
It cannot be gainsaid that as a secular nation, a neutral attitude towards different religions, races and cultures must be the defining feature of the Malaysian government where one’s religious, racial and cultural faiths and beliefs shall carry no weight in the decision-making process of any general administrative actions.
While there is, to date, no general law prohibiting the organisation of a beer festival in Malaysia, the organisation of Better Beer Festival is not an act contrary to any general law relating to public order, public health or morality.
It was also reported that the inspector-general of police had stated that the Better Beer Festival would jeopardise public safety as it might be sabotaged by militants. With the greatest of respect, instead of passively rejecting the application to organise the beer festival in fear of militant activities, proactive actions should be taken to govern, combat and educate.
The first step which the government should take is to revive the Harmony Bills.
In 2014, the National Unity Consultative Council Working Committee on Law and Policy had drafted and proposed to the government three Harmony Bills to replace the draconian Sedition Act 1948 and to better promote one’s right to freedom of speech and expression.
The Harmony Bills are the Racial and Religious Hate Crimes Bill, the National Harmony and Reconciliation Bill, and the National Harmony and Reconciliation Commission Bill.
In particular, the National Harmony and Reconciliation Bill made it mandatory for the government and all persons to promote equality and prohibit unfair discrimination on the grounds of religion, belief, race, descent, place of birth, gender or disability.
Unfortunately, the three Harmony Bills were shelved after the government decided to retain and reinforce the Sedition Act 1948.
The consequence of which has been self-evident in the series of events which had taken place in Malaysia since – contentious litigation over the use of the word “Allah” in a Catholic magazine, the Low Yat Plaza racial riot, controversies over the autobiography of Selangor speaker Hannah Yeoh, Muslim-only launderette, fining of a Muslim man who wore shorts to play futsal and the cancellation of the upcoming Better Beer Festival and potentially, the Oktoberfest.
If there is a good timing and circumstance as to when the Harmony Bills should be tabled in Parliament and be passed as laws, it is now.
In a secular nation like Malaysia, the choice of one to not attend the Better Beer Festival on grounds of religion carries an equivalent weight of freedom as one who chooses to attend the beer festival.
Khoo Suk Chyi is an FMT reader.
The views expressed are those of the author and do not necessarily reflect those of FMT.