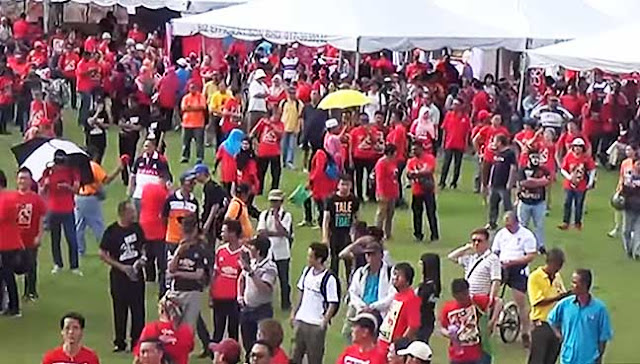 PETALING JAYA: Several participants attending an anti-kleptocracy rally here are hoping that a change in government would mean an end to the current economic hardship they are enduring.

Yong Sheng, 27, lamented he was unable to buy any property at the moment, largely because of an education loan he took that has yet to be settled.

“And I’m feeling the pressure. I’m hoping for a change in the coming election,” Yong told FMT, saying he hoped the current Barisan Nasional (BN) government would finally meet the end of its 60-year run.

Meanwhile, a 65-year old, who only wanted to be known as Yamin, claimed Umno, the dominant party in the BN administration no longer cared for the people.

Meanwhile, a 17-year-old boy who did not wish to be identified, said he was praying for change, in hopes that it would mean better financial stability for his family.

The teenager was selling shirts at the rally to help earn a few extra ringgit for his family.
“I’m doing this because my father is a security guard and my mother is a full-time housewife.”

“At this age, I can no longer depend on my parents because it’s not enough. I need to earn my own money,” he said.-FMT news-