Non-alcoholic beers to debut in Penang Oktoberfest this year 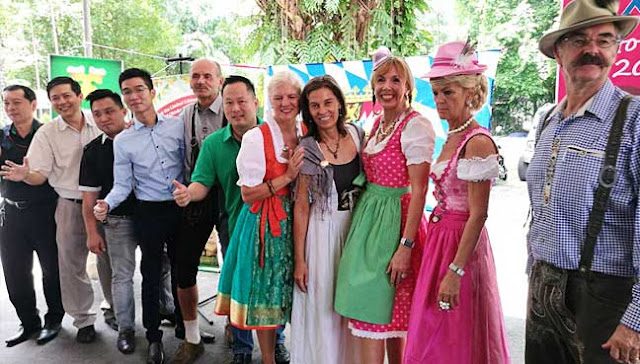 GEORGE TOWN: A German society will serve alcohol-free beer alongside regular lagers during its two-day Oktoberfest celebrations in Penang next weekend.

Malaysian-Germany Society (MGS) Oktoberfest chairperson Dr Wolfgang Mark said the alcohol-free option was added due to concerns about drink driving as well as in keeping with the current trend in Germany. 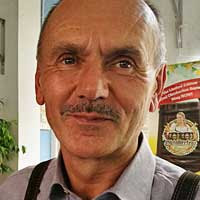 “A lot of people have been drinking and driving after Oktoberfest events, so we have decided to include alcohol-free beer so all can have a good time and not drive home drunk.
“These drinks are now popular in Germany and have the same taste as regular beer,” he said at a press conference today.

This year’s Oktoberfest celebration will be MGS’ 45th year of hosting the popular festival in Penang.

Mark said this year’s event at the MGS grounds on Jalan Air Itam here had received the green light from police and the local government.

He added that the society was aware of the current sentiments surrounding Oktoberfest, and that security and safety would be paramount.

As with previous years, he said, those attending the Oktoberfest event would be subject to strict checks at the gate by a group of 10 MGS members.

This year, 15 Rela officers have been hired to monitor traffic and conduct surveillance, while five policemen will also be stationed at the grounds, he added.

According to Mark, nearly 3,000 people are expected to attend the event on Oct 13 and 14 due to the strong presence of German companies in the northern region.

Oktoberfest a cultural celebration, not just about beer

Mark, who is the society’s honorary assistant secretary, also sought to clear the air over recent misconceptions regarding Oktoberfest.

He said the celebration was “a festival of joy” and not just about chugging beer.

“The festival is not entirely about beer. It is deeper than that. It is about our Bavarian harvest festival, good food and cultural exchange.

“I know there are discussions going around the country, but we will carry on with our celebration and tradition, knowing full well our celebration is about fostering the goodwill of the people of Germany and Malaysia.”

Oktoberfest is a 16-day festival held in Munich, Germany. It has been touted as the world’s largest fair, bringing nearly 10 million people there each year.

The festival, which dates back to the early 1800s, was first held in honour of the marriage of King Ludwig I and Therese of Bavaria.

In 1835, a parade took place for the first time as part of the festivities.

Since 1850, the march has been an important component of Oktoberfest. Every year, about 8,000 Bavarians parade in traditional costumes from Maximilian Street through the centre of Munich.

In Penang, Mark said, the atmosphere would be identical, and all visitors would be served sausages, sauerkraut, meatloaf and pretzels. Local food, chicken satay, fried seafood and cakes will be available as well.

He said they would bring classic Oktoberfest beers from Germany, Lowenbrau and Erdinger, while Franziksaner, Wasteriner and Konig Ludwig bottled beers will be available as well.

Some 800 Germans residing in Penang would attend the festivities in their “dirndl” and “lederhosn”, he added.

Dirndl is a skirted dress with a corsage, a blouse and matching apron worn by ladies, while the men wear a lederhosn, which comprises leather trousers with braces and a white or checked shirt. These clothes are worn especially for Oktoberfest.

A special “oompah” band called Bayernman will be brought in from Bavaria, and a crowd dance called the “schunkeln” is also expected to be held. This is a rhythmic movement to the beat of a song, where people link arms and sway from side to side on the spot.

New German ambassador to Malaysia, Nikolaus Graf Lambsdorff, is expected to attend the event on Oct 14.