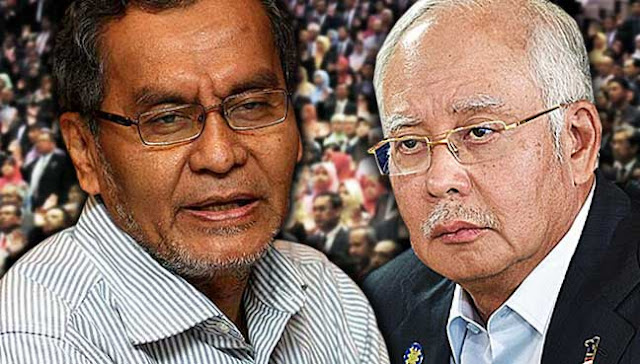 PETALING JAYA: An opposition leader has accused Prime Minister Najib Razak of stoking fear among civil servants with a speech that warned of alleged consequences of a Pakatan Harapan victory in the coming general election.

Speaking to FMT, Amanah strategy director Dulkefly Ahmad said Pakatan would, on the contrary, eliminate the fears that civil servants had always felt under the Barisan Nasional administration by restoring their independence.

“We want to stamp out the culture of fear in our bureaucracy,” he said.

He said civil servants currently appeared beholden and subservient to the powers that be and he attributed this to BN’s tendency to stifle and subvert their professional judgements.

In his annual address to civil servants last Tuesday, Najib told them to remember that Pakatan had said it would reduce the size of the civil service if it were to take over from BN. He asked the 5,000 civil servants present at the function to imagine what would happen to their families if they were to lose their jobs.

Dzulkefly said Pakatan planned to develop talent and expertise in the civil service and would provide incentives by way of reward systems based on merit and performance .

“This is to significantly reduce our reliance and hefty spending on foreign and private consultants,” he added.

He said it appeared that Najib was resorting to instilling fear in voters as an election campaign tactic. He recalled Najib’s speech on Sept 16, in which he told the Chinese community it would be the target of violence if the country were to descend to chaos.

“Perhaps it is best for Najib to focus on the endemic leakage and kleptocracy now perceived as synonymous with Malaysia,” he said.

Kelana Jaya MP Wong Chen of PKR also commented on Najib’s recent speech. He drew a comparison between the civil services of states ruled by BN and those in Penang and Selangor, saying the Pakatan governments of the two states treated their civil servants with more respect.

“The work environment is better, the pay is better and the bonuses are also better,” he said.

“It is thus extremely unbecoming to see the prime minister playing the fear card on civil servants when in fact he has a much bigger fiscal budget and should be performing better than us,” he added.

He also said he was sure most civil servants knew that corruption was destroying the country.-FMT NEWS-
Share to: