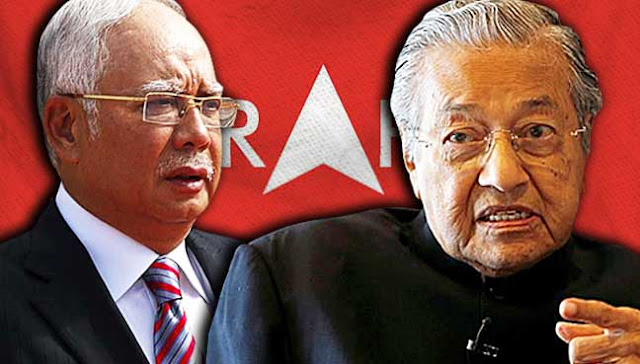 ALOR STAR: Dr Mahathir Mohamad claims the government is trying its best to prevent Pakatan Harapan from contesting as a coalition under one logo in the next general election (GE14).
The Pakatan Harapan chairman said this in response to a question on the status of the opposition coalition’s application to the Registrar of Societies (Ros).


“It is still hanging in the balance. I think Najib is scared of facing Pakatan Harapan. They (the government) seem to be very afraid,” he said referring to Barisan Nasional chairman and Prime Minister Najib Razak.
Mahathir said opposition leaders had met with the RoS and also complied with a request to change the coalition’s logo, adding there was no reason for any further delay.
“They want to defeat PH by denying us the chance to be registered. They are using different ways of blocking us,” Mahathir said at a press conference after the opening of the national Amanah convention here today.
The former prime minister also lamented that requests to meet the relevant minister over the coalition’s application have fallen on deaf ears, calling the minister’s inaction extraordinary.
The RoS falls under the purview of the home ministry, which is headed by Deputy Prime Minister Ahmad Zahid Hamidi.
Also present at the press conference were Amanah president Mohamad Sabu, Pakatan Harapan president Dr Wan Azizah Wan Ismail and DAP secretary-general Lim Guan Eng.
Mahathir, who is also PPBM chairman, refused to confirm if the PH component parties had agreed on another rumoured strategy, whereby all candidates would just use one party’s logo.
“We have our ways. We are just not revealing our cards,” he said, on the alternative should the coalition’s registration not take place before GE14.
In July, the RoS told PH it would have to change its logo to have the coalition’s registration approved and formalised. It deemed the logo unsuitable as it did not contain PH’s full name.
“Basically, we have to use both the words ‘Pakatan’ and ‘Harapan’ in the logo.
“So, we will comply with the request. We will come up with a new logo,” Mahathir was quoted as saying then.-FMT NEWS-