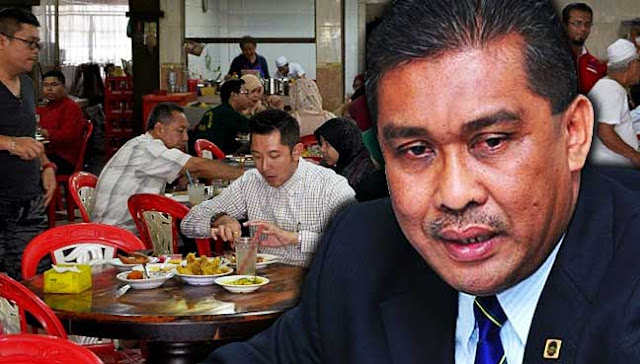 PETALING JAYA: PAS says Malays and Chinese running businesses in the same shop is a common sight in Kelantan and it is encouraged as long as they keep their premises clean.

The party’s secretary-general, Takiyuddin Hassan, said Malays would usually operate the food business in a shop while leaving the sale of drinks to the Chinese.

“The Muslims sell rice while the Chinese sell drinks. It is common in Kelantan. As long as it is clean and hygienic from the perspective of the religion, that is OK.

“It is the same thing with the laundry business. Even if it is run by a Muslim but it is not clean, that is not according to Islamic teachings,” he told FMT.

Takiyuddin was responding to recent comments made by Malaysian Islamic Development Department (Jakim) officer Zamihan Mat Zin who appeared to criticise the Johor Sultan for rebuking a Muslim-only laundrette in Muar while disparaging Malaysian Chinese for being allegedly unclean.

Zamihan defended his right to share his personal views for Muslims to remain “pure” by not mixing their laundry with that of non-Muslims.

He also claimed that non-Muslims and the Chinese, in particular, were unclean as they wiped themselves with toilet paper after using the toilet.

“What about the menstrual blood in their undergarments? They hug dogs, drink alcohol and that alcohol drips onto their clothes. They eat pork,” he said when giving a talk at a mosque in Shah Alam last Sunday.

He has since been arrested and is being investigated for sedition.

Takiyuddin, the Kota Bharu MP, said there was nothing wrong in Muslims drinking tea or coffee in a Chinese restaurant.

He said Muslims were allowed to receive services from non-Muslim shops or businesses as long as they were clean from the perspective of the religion.

He also cited the example of a Muslim marrying a convert who should not break ties with his or her own family members after the marriage.

“The relationship with the parents who are non-Muslim must be maintained. That is another basic principle in Islam,” he added.

PAS has ruled Kelantan since its victory in the 1990 general election.