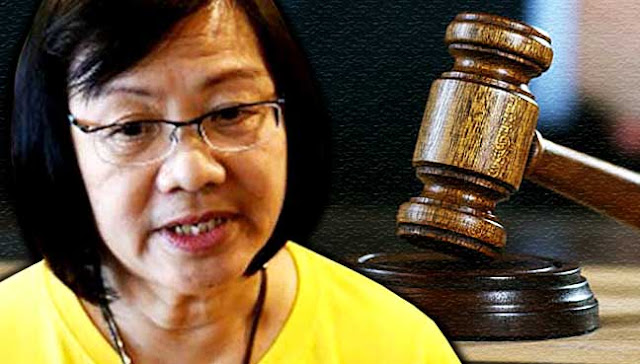 PUTRAJAYA: The Federal Court today declined to hear the government’s appeal against the decision of the Court of Appeal to acquit Bersih 2.0 chairman Maria Chin Abdullah for an offence under the Peaceful Assembly Act (PAA).
A five-man bench chaired by Chief Judge of Sabah and Sarawak Richard Malanjum said the Federal Court had no jurisdiction to hear the matter.
“The case started in the Sessions Court and it must end in the Court of Appeal,” he said.


On Sept 7 last year, the Court of Appeal allowed Bersih 4 rally organiser Maria’s appeal to strike out the charge of failure to give a 10-day notice prior to the event in 2015.
That decision invariably means that Maria need not face a trial scheduled in the Kuala Lumpur Sessions Court.
A three-man bench led by Tengku Maimun Tuan Mat said any law, including court judgments, could not be applied retrospectively.
Maria’s lawyer A Puravelan submitted that when his client was alleged to have committed the offence, a Court of Appeal bench had ruled Section 9 (5) of the PAA as unconstitutional in the Nik Nazmi Nik Ahmad case in April 2014.
He also submitted that Maria could not be charged with an alleged offence that did not exist on Aug 29, following Nik Nazmi’s case.
That provision prescribed a fine of RM10,000 against organisers of any rally for failure to give a 10-day notice to the police.
However, another Court of Appeal bench on Oct 1, 2015, in the case of R Yuneswaran, departed from the Nik Nazmi case, leading to the existence of two conflicting judgments.
Government lawyer Awang Armadajaya Awang Mahmud said the apex court had jurisdiction because it involved a constitutional matter.
Maria was charged with failing to give notice to the Brickfields district police before organising the rally in front of the NU Sentral shopping complex, Jalan Tun Sambanthan, Brickfields, on Aug 29, 2015.
She allegedly committed the offence just before Yuneswaran’s judgment (Oct 1, 2015).
Meanwhile Maria told reporters that she welcomed today’s ruling and that a peaceful rally was legal under the law.
“We have the right to be on the street to express our opinion,” she said.
Maria said she was relieved that this matter had come to an end although she was facing another similar charge.
Last week Maria, Bersih 2.0 committee member Mandeep Singh and Bayan Baru MP Sim Tze Tzin were again charged in the magistrates’ court in Kuala Lumpur for participating in the #KitaLawan rally two years ago.
This comes less than two months after the trio were given a discharge not amounting to acquittal after claiming trial on Sept 8, 2015, with Jingga 13 coordinator Fariz Musa, for participating in the rally on March 28, 2015.
-FMT NEWS-