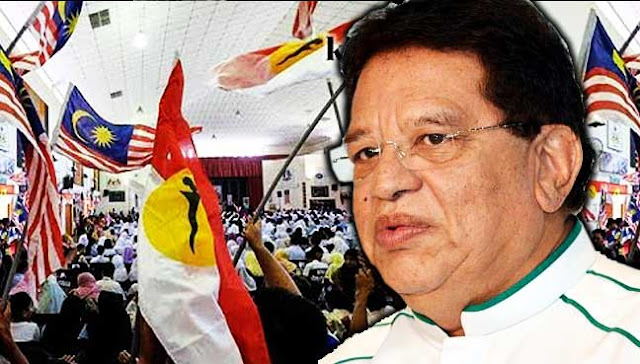 KUALA LUMPUR: Federal Territories Minister Tengku Adnan Tengku Mansor has defended a move earlier this month to make children at a primary school in Putrajaya participate in an Umno-themed event, saying it had been a practice there for the last 10 years.
He said schoolchildren at SK Putrajaya Presint 14 (1) were encouraged to wave Umno flags and sing the party song so as to instil a sense of patriotism in them.


He also denied the move was influenced by political factors.
“I have been doing it for 10 years. I have tried to inculcate a sense of belonging,” the Umno secretary-general, who is also known as Ku Nan, said.
“The history of Malaysia says that Umno, MCA and MIC were responsible for the country’s independence. What is the problem with students waving the (Umno) flag?” he said after officiating at the Federal Territories Deepavali open house at City Hall here today.
He said he was surprised that the young pupils could sing the party song so well.
“Many people don’t realise this has nothing to do with politics, but everything to do with having a patriotic spirit,” Tengku Adnan, who is Putrajaya MP, added.
On Oct 3, pupils and teachers of the school took part in a “class decoration and performance” competition with the theme “Umno and independence #Negaraku”. The event was officiated by Tengku Adnan.
During the function, Umno flags were draped all over the primary school.
Malaysiakini reported that at one point a banner with the words “Hidup Umno, Hidup Melayu. Dulu, Kini dan Selamanya” (“Long Live Umno, Long Live Malays. Before, Now and Forever”) appeared on stage.
In his speech that day, Tengku Adnan reportedly urged teachers in the school to join Umno. After the minister finished his speech, the pupils chanted “Hidup Umno!” (“Long live Umno!”).