Ku Nan: I cry every time I enter a PPR area 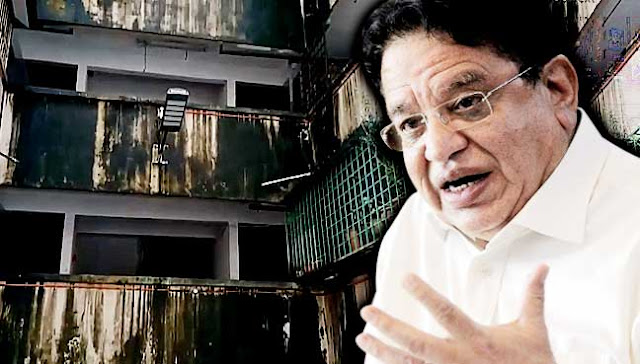 KUALA LUMPUR: Tengku Adnan Mansor today said he cannot help but cry every time he enters a People’s Housing Project (PPR) estate.
The Federal Territories minister, popularly known as Ku Nan, said he becomes emotional on seeing the conditions, often described as squalid, crime-ridden and in disrepair, in government low-cost residential areas.
He said he cannot bear to see Malaysians of various races living in such an environment.


He appealed to higher-income people who can afford to stay in more expensive homes to visit these flats in a PPR project.
“Please, those of you who are not staying in low-cost homes, please go to these (PPR) houses. See for yourself the conditions under which our people have to live,” he said.
“Every time I go to a PPR area, I cry,” he said in his speech while officiating at the Federal Territory myPPP annual general meeting here.
“I cry and shake my head. I cannot take it when I see people of various races living under such conditions. I cannot take it, maybe you can,” he added.
FMT has previously reported on the serious maintenance and cleanliness problems at PPR projects in the Klang Valley.
For example, residents at the PPR in Lembah Subang 1 were found having to endure the unbearable rubbish odour, a lack of parking space and living in constant fear of break-ins.
In July this year, Second Finance Minister Johari Abdul Ghani had said the government was looking at setting up a single entity to manage affordable housing issues in Malaysia.
Tengku Adnan, who is secretary-general of Umno and Barisan Nasional also criticised BN members who were afraid to enter “elite areas” in upscale neighbourhoods.
“Why are BN workers scared to go into the elite areas? Why? What are you afraid of?”
He urged them to engage residents in places like Taman Tun Dr Ismail, Bangsar and Damansara, and even to hold town-hall sessions with them.
“Send out fliers to all these rich people that we will be having a town-hall,” he said, adding that BN members should look into bringing desired improvements to such areas.
He suggested that Federal Territories myPPP take the lead by heading such a programme.-FMT NEWS-