Kit Siang: Why the media silence if MACC has nothing to hide? 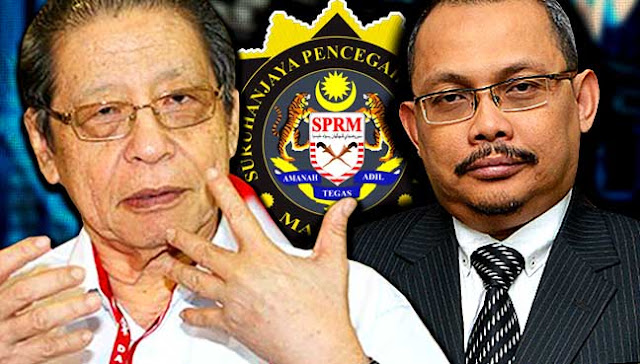 Noting that Dzulkifli’s keynote address at the 9th International Conference on Financial Crime and Terrorism Financing was his first major speech since his appointment as MACC chief a year ago, Lim asked why he had then declined to take questions from the media.

“Why was it necessary for Dzulkifli to ‘play safe’ by avoiding a media conference, if the MACC has nothing to hide in its campaign to fight corruption in Malaysia?

“Clearly, there are several issues Dzulkifli wants to avoid,” the Gelang Patah MP said in a statement.

First on the list was why the anti-graft agency dared not re-open investigations into 1MDB despite the state fund continuing to make international headlines, he said.

He added that the latest news on the scandal had come just a day ago, with former Goldman Sachs banker Tim Leissner being barred from the Financial Industry Regulatory Authority (Finra) because he failed to cooperate with the regulator’s investigation on alleged money-laundering connected with 1MDB.

Secondly, Lim asked if MACC had accepted the RM5 million allocation to Yayasan Prihatin announced by Prime Minister Najib Razak on Oct 1, and whether this would compromise the agency’s integrity and professionalism.

The allocation came under heavy fire from critics who said it had an implication on MACC’s investigation into 1MDB and urged the agency to return the money.

Lim also asked about the actual cost of MACC’s new headquarters in Putrajaya, and what the anti-graft commission was doing to clear Malaysia of the “indignity, ignominy and infamy of being regarded worldwide as a global kleptocracy”.

“When will Dzulkifli schedule a comprehensive, no-holds barred media conference on what MACC has achieved in the past one year under his stewardship?” he said.-FMT NEWS-