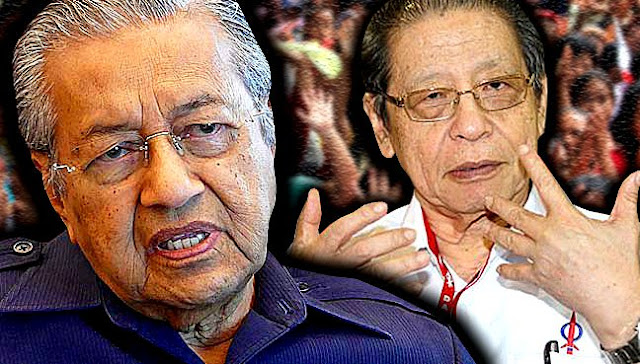 PETALING JAYA: Dr Mahathir Mohamad has dismissed the notion that DAP will rule Malaysia if the opposition comes into power, pointing out that the limited number of Chinese-majority constituencies means the party will not be able to secure 50 parliamentary seats.

As it is, he said, DAP has 35 MPs and even then, not all of its elected representatives are Chinese.

In a blog post today, Mahathir also rubbished the idea that Kit Siang would be named as prime minister, adding that the DAP supremo had in the past said the party would not push for the post.

“These allegations that Kit Siang will be named prime minister are meant to frighten Umno and the Malays,” the PH chairman said.

Mahathir, who was Malaysia’s longest-serving prime minister, also said the majority of MPs in the opposition coalition were Malays, adding that most of them were interested in holding the position themselves.

“They will not allow DAP to chose the PM,” he said.

Just last month, Lim had rubbished Umno treasurer Salleh Said Keruak’s claim that DAP would be able to control Putrajaya if it wins 60 parliamentary seats in the next general election (GE14).

The Gelang Patah MP laid out three factors that would ensure the Malays will never lose political power, even if Umno is defeated in GE14: the demographic make-up of Malaysia, the ethnic composition of the electorate and that of the parliamentary constituencies.

In the past, Prime Minister Najib Razak had also claimed that the rights and status of the Malays and Islam would be undermined if DAP came into power.-FMT NEWS-