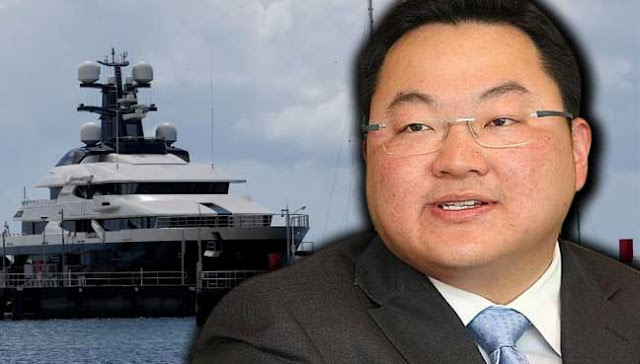 PETALING JAYA: A superyacht said to belong to Malaysian tycoon Low Taek Jho, or Jho Low, was spotted off northern Aceh today.
Malaysiakini reported that maritime database website MarineTraffic recorded the Equanimity as having been docked at Sabang, a town in the popular diving island of Pulau Weh, northwest of Sumatra, about 9am Malaysian time.


It said Marine Traffic later indicated that the yacht had departed Sabang in the late afternoon.
The yacht, said to cost about RM800 million, had previously been reported in various coastal resorts and holiday island destinations.
Jho Low has been implicated by the US Department of Justice (DoJ) in the alleged misappropriation of funds linked to 1Malaysia Development Bhd (1MDB).
Prosecutors in Singapore have also named him as the central figure in probes linked to 1MDB, adding that he used money traceable to the state fund for his own benefit.
In court filings, the prosecutors said Low had received “huge” sums of money.
According to the filings, some US$1 billion (RM4.3 billion) that 1MDB purportedly invested in a joint venture with PetroSaudi International Ltd was diverted to a bank account beneficially owned by Low, who has disappeared from the public eye.
-FMT NEWS-