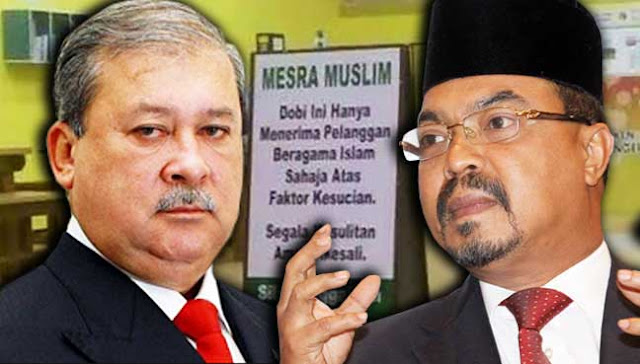 PETALING JAYA: The Malaysian Islamic Development Department (Jakim) will seek an audience with Sultan Ibrahim Sultan Iskandar, following the Johor ruler’s instruction to state Islamic authorities to cease all dealings with the department.


Jakim director-general Othman Mustapha said he and Minister in the Prime Minister’s Department in charge of religious affairs, Jamil Khir Baharom, would meet the ruler, who today lashed out at Jakim officer Zamihan Mat Zin for criticising the Johor sultan’s stand on the controversial Muslim-only laundrette in Muar.
This comes hours after Sultan Ibrahim labeled Zamihan “arrogant” and “an empty tin” who speaks ill of other cultures.
“It seems like this ustaz is clever in lying too. Don’t you make tall tales with me. After this, just deliver your speeches in front of the mirror, to get to know your own self.
“If he really is a Jakim preacher, I have no idea how Jakim selected him,” the sultan was quoted as saying by Sinar Harian.
In the lecture at Masjid Diraja Tengku Ampuan Jemaah in Bukit Jelutong, Zamihan had described the Chinese as unhygienic. He also defended businesses catering only to Muslims.
Zamihan has since apologised to the sultan but threatened to sue several news organisations including FMT, accusing them of twisting the contents of his lecture.
-FMT NEWS-