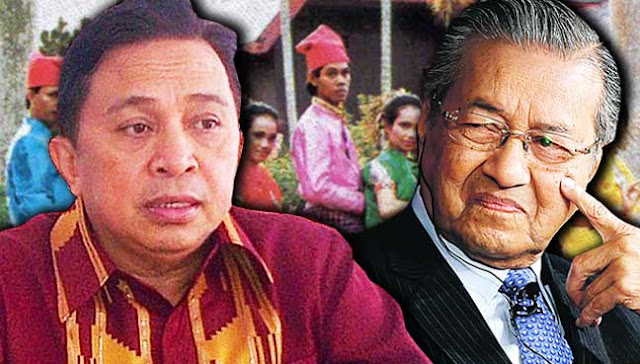 JAKARTA: The Bugis ethnic community in Indonesia wants a public apology from Malaysia’s former prime minister Dr Mahathir Mohamad over a remark he made at an opposition gathering in Selangor recently.
Malaysian honorary consul in Sulawesi, Halim Kalla, said the entire Bugis community in Indonesia, especially in Sulawesi, was offended by Mahathir’s statement and had sent their protests to the Malaysian ambassador in Indonesia.


“I have also expressed regrets over the statement by Mahathir to Malaysian ambassador Zahrain Mohamed Hashim. The Bugis community has also demanded that Mahathir apologise for his gaffe on the Bugis people,” he told Bernama here today.
Halim said as a respectable former leader, Mahathir should not insult any race in the world and if he had made a mistake, he should apologise instead of remaining quiet.
Mahathir, 92, had claimed at the “Love Malaysia, End Kleptocracy” rally organised by PH at Padang Timur in Petaling Jaya, on Oct 14, that Malaysia was being led by a prime minister who was “a thief, bandit, a robber”.
“This is our country today. This kind of thing where a prime minister is a robber has never happened before,” he said, referring to Prime Minister Najib Razak.
“Yes, it may be because he comes from Bugis pirates. We don’t know how he got lost and reached Malaysia.”
Halim said even although Mahathir had his political differences with Najib, he should not insult any race, what more a community that had contributed to the formation of the government of Malaya.
He said the Bugis community was a race whose diaspora throughout the world had always held the philosophy of blending themselves with the local environment and as such, Mahathir should not insult the Bugis diaspora in Malaysia by describing them as descendants of pirates.
He said Mahathir should be aware that the insult against the community had also offended Indonesian Vice-President Jusuf Kalla and former president B J Habibie who were of Bugis descent.
Halim said as Malaysia’s representative in Sulawesi, he was also offended as he was of Macassar Bugis descent.
“Apologise and admit the mistake as it is the character of a true leader and we hope Mahathir will display such values as a statesman.”
Recently, the Indonesian Bugis Macassar Youth Assembly demanded Mahathir make a public apology over his statement.
Its leader, Arwin Welhamina said the group would hold a massive demonstration in front of the Malaysian Embassy in Jakarta soon if Mahathir refused to apologise.
The Malaysia United Bugis Cluster Association Sabah also demanded an apology from the PPBM chairman.
Its president Samsul Alang Hamsah said the remark was unbecoming of a former prime minister who had for 22 years helmed Malaysia as a nation known for its diverse ethnic groups, religions and cultures.
Meanwhile, Zahrain told Bernama that Mahathir should apologise quickly over the matter as it had caused problems to Malaysians in Indonesia.
“As a statesman, Mahathir should not utter such words and now it has put the embassy and Malaysians in Indonesia in danger as it has sparked anger among the locals of Bugis descent,” he said, adding that the former PM should do the right thing to preserve relations with neighbouring countries.
-FMT NEWS-