Direct handouts to the bottom 40% likely in Budget 2018 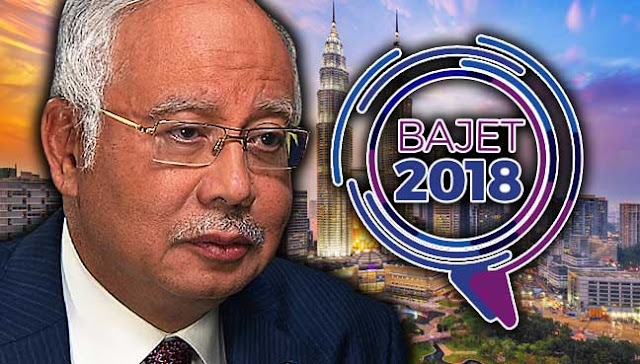 KUALA LUMPUR: The coming Budget 2018 is invariably going to be a pre-election budget geared to boost sentiment at the polls.

The report said Malaysian Prime Minister Najib Razak indicated as much at a gathering on Tuesday with some 5,000 civil servants when he assured them of “good news” on Oct 27 when he tables the 2018 Budget in parliament.


Earlier in July, Najib, who is also finance minister, had given out about RM1.6 billion worth of goodies including cash, incentives and debt forgiveness to another large vote bank- Felda settlers.

Parliament will be automatically dissolved on June 24 should Najib not call for the 14th general election before that. Elections have to be held within 60 days of dissolution.

BT quoted Alliance Research as saying given the fact that Budget 2018 will be a pre-election budget, “direct handouts, bonuses and/or salary adjustments for civil servants, affordable housing and public transport infrastructure will likely be the key budget proposals”.

Still, Alliance Research expects Najib to continue to maintain fiscal discipline and to keep the fiscal deficit at around 3% of GDP.

Small and medium enterprises are also likely to get a boost in Budget 2018 as they form the backbone of the economy and employ about two-thirds of the workforce.

The report said stocks in related sectors could benefit from more bullish sentiment and that, based on previous elections, market players remained optimistic of a pre-election rally.

It noted that Malaysia had underperformed since the last general election in May 2013, quoting an emerging market report last month by Credit Suisse Equity Research which said Malaysia was one of four Asean markets that had lagged in an equity rally in the past five years. The other emerging markets are Thailand, Indonesia and the Philippines.-FMT NEWS-