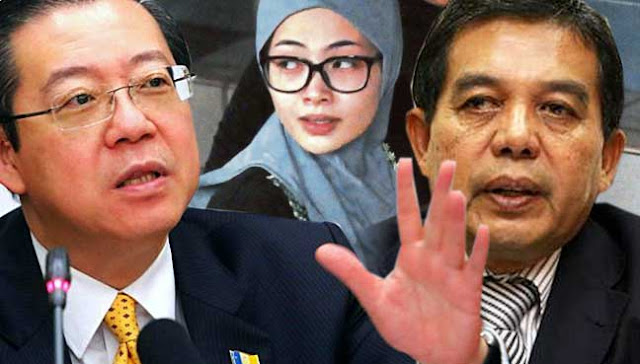 Lim said the MACC should act against Dr Hilmi, just as the anti-graft body had acted against Penang exco member Phee Boon Poh. Phee was arrested for allegedly sending two appeal letters against action on an illegal carbon filter factory in Bukit Mertajam two months ago.


Dr Hilmi was reported to have said that as the Balik Pulau MP, he had extended Nur Farahanis Ezatty Adli’s appeal letter to the ministry’s oral health division director for consideration.

“I was only doing my duty as an MP by acting upon an appeal letter submitted to me,” he explained yesterday.

However, in an earlier press statement issued by his private secretary Aziaan Ariffin, his office said it had never supported or compromised with individuals who violated the law.

Nur Farahanis, 20, was found guilty by the Melaka Sessions Court on Sept 29 of running an unregistered private dental clinic.

She was fined RM70,000 in default six months jail. She did not pay the fine. However, Nur Farahanis was released from Sungai Udang prison in Melaka after serving only six days after several NGOs raised money to pay her fine.
She later claimed on social media that the health ministry had approved and supported her “business”, and thanked Dr Hilmi and Aziaan for their help.

“MACC must arrest Hilmi to investigate possible abuse of power of helping and ‘supporting’ an illegal dentist.

“This is to prove that the MACC acts impartially and professionally against all politicians, whether from BN or Pakatan Harapan.

“After all, Phee was also doing his duty as a wakil rakyat when he sent the appeal letters, and yet he was arrested,” Lim said in a statement today.

The MACC successfully applied for a remand order from the Magistrate’s Court to allow Phee and two factory bosses to be investigated for corruption over the illegal carbon filter factory in Bukit Mertajam.

However, the High Court set aside the five-day remand order after finding that the order had contravened Section 117 (5) of the Criminal Procedure Code and that the trio had been denied natural justice.

“If Phee can be arrested and investigated for sending two appeal letters in his capacity as a wakil rakyat, why should Hilmi be exempted from arrest when he had forwarded the fake, bogus and illegal dentist’s appeal letter to the health ministry?” Lim asked.
-FMT NEWS-