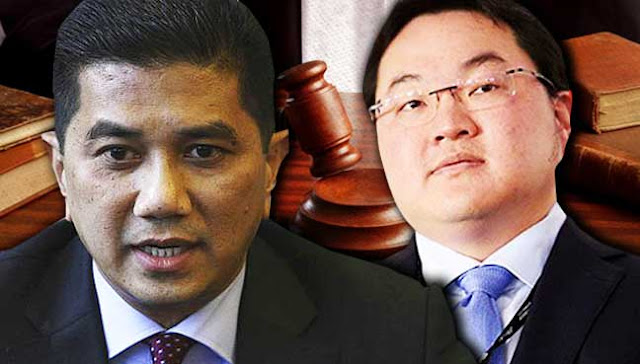 KUALA LUMPUR: PKR deputy president Azmin Ali today failed to convince the High Court to hear his reasons as to why the police should locate and arrest Low Taek Jho over alleged wrongdoings involving 1MDB.
Justice Hanipah Farikullah, who dismissed Azmin’s leave application for judicial review, said there was no arguable case being demonstrated.

Government lawyer Alice Loke Ying Ching said Hanipah ruled that there had been no statement from law enforcement agencies that the businessman also known as Jho Low had committed an offence in Malaysia.
“The court was also of the view that a judicial review is not appropriate when investigation on the matter was still on-going,” she told reporters of the judge’s ruling made in chambers.
Hanipah, however, made no order as to costs against Azmin, who is also Selangor menteri besar.
Azmin, who was present to hear the application in chambers, said he could not believe the judge’s decision.
“The application is simple and straight forward for the IGP to execute his statutory role,” he said.
Azmin, who is also Gombak MP, said he was puzzled that lawyers from the attorney general’s chambers were defending Jho Low while elsewhere (following the United States Department of Justice’s actions on the alleged theft of 1MDB money) he was wanted .
“However, here we find the authorities not wanting to do anything against Jho Low,” he said.
Azmin said he would appeal today’s decision.
In his application filed on Aug 14, Azmin wanted an order to compel the IGP to take necessary action to locate, arrest and produce Low before a magistrate to face various criminal charges.
On Aug 1, Azmin had written to the IGP demanding that he take relevant action against Low for alleged wrongdoings under various criminal laws.
However, the then IGP, Khalid Abu Bakar, said he would not comply with Azmin’s demand because the investigations into the embattled state-owned firm and those with links to it were still going on.
In November 2015, the home ministry, in a parliamentary reply to Kelana Jaya MP Wong Chen, said the government had been unsuccessful in locating those needed to facilitate investigations into 1MDB.
Low was one of the individuals needed for the investigations, along with 1MDB’s former senior executives Casey Tang Keng Chee and Jasmine Loo Ai Swan,1MDB’s former subsidiary SRC International managing director Nik Faisal Ariff Kamil, and Deutsche Bank country manager Yusof Annuar Yaacob.-FMT NEWS-