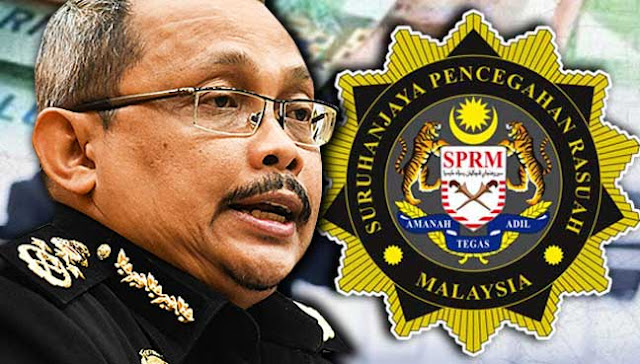 KUALA LUMPUR: The Malaysian-Anti Corruption Commission (MACC) has followed up on its action yesterday, in seizing more than RM150 million in cash in raids on 15 locations in Sabah, with a further RM29 million frozen today.

This was revealed by MACC chief commissioner Dzulkifli Ahmad on the sidelines of the 9th International Conference on Financial Crime and Terrorism Financing here.

“I was told another RM29 million had been frozen as of today,” he said, in reference to the “recent Sabah case”.

It was reported yesterday that MACC was investigating a major corruption scandal involving the rural and regional development ministry.

MACC found that funds to carry out projects meant to help the rural community were siphoned off by certain officials believed to be working in cahoots with several companies.

These projects included those to improve basic amenities and infrastructure, such as the upgrading of water and electricity supplies, as well as the repair and maintenance of roads in areas where the hardcore poor lived.

One of the initiatives from which funds had been siphoned was the Poor Students’ Food Programme.

The culprits are believed to have pocketed more than RM100 million.

Media reports also said it is learnt that the thefts, which occurred over several years, had gone undetected.

However, some of the suspects in the scheme were believed to have slipped up with Bank Negara Malaysia’s Suspicious Transaction Report alert system picking up on the movement of large amounts of money in their accounts.

The companies hired for the multi-million ringgit projects, to improve public welfare and local infrastructure, are said to have declared the work completed although the work would not have been carried out at all.-FMT NEWS-