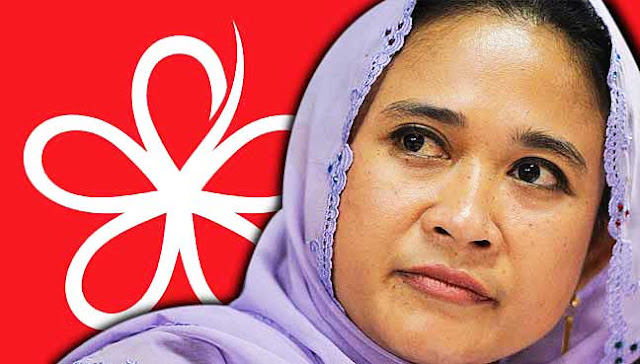 BANGI: Anina Saaduddin, who helped set up PPBM but later quit the party, today sued six PPBM members for defamation for claiming she received RM7 million from Umno.
She filed the lawsuit after the six failed to apologise and retract their allegation posted on Facebook in May.
Anina said she was taking legal action after her complaint to the PPBM disciplinary committee, submitted on Aug 2, was not acted on.
The defamation suit was filed at the Shah Alam Sessions Court yesterday, she told a news conference at her residence today.
However, she declined to name the six until after the notice of summons had been delivered to them, but acknowledged four of them were leaders of PPBM Langkawi.
Anina was a member of the Langkawi Wanita Umno until she was sacked in 2015 for suing Prime Minister and Umno president Najib Razak over political donations he received.
She made a police report on July 18 on the allegation that she was paid RM7 million by Najib to return to Umno.
She also made a similar report to the Malaysian Anti-Corruption Commission.-FMT NEWS-