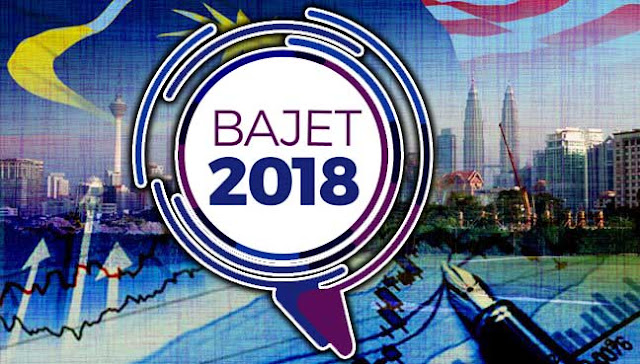 PETALING JAYA: Analysts continue to predict that Budget 2018 will be “rakyat-friendly” and address bread-and-butter issues affecting the people.
Quoting CIMB Research, The Edge said analysts expected Budget 2018 to lift social assistance and cash transfers to the civil service, lower-income households, those employed in the agriculture sector and Felda settlers, among others.
The research house added that Bantuan Rakyat 1Malaysia (BR1M) payments may be raised by 10% from RM6.8 billion this year to RM7.5 billion in 2018.
This would mean that the threshold of eligible household and individual incomes is lifted by RM50 to RM150, it was reported as saying.
It added that budget deficit was expected to decline to 2.9% of gross domestic product (GDP) in 2018, compared to 3% in the same period this year.
This was because increased operating expenditure was sufficiently funded from improved fiscal revenue, driven by a higher GDP growth target and enhanced efficiency of tax collection.
On Wednesday, Singapore’s Business Times (BT) quoted analysts as saying they expected direct handouts to the bottom 40% of households and additional perks aimed at core voter groups that have traditionally supported the ruling Barisan Nasional (BN) coalition government.
BT quoted Alliance Research as saying given the fact that Budget 2018 will be a pre-election budget, “direct handouts, bonuses and/or salary adjustments for civil servants, affordable housing and public transport infrastructure will likely be the key budget proposals”.
It also expected Prime Minister Najib Razak to continue to maintain fiscal discipline and to keep the fiscal deficit at around 3% of GDP.
Parliament will be automatically dissolved on June 24 next year if Najib does not call for the 14th general election (GE14) before that.
Elections have to be held within 60 days of dissolution.-FMT NEWS-