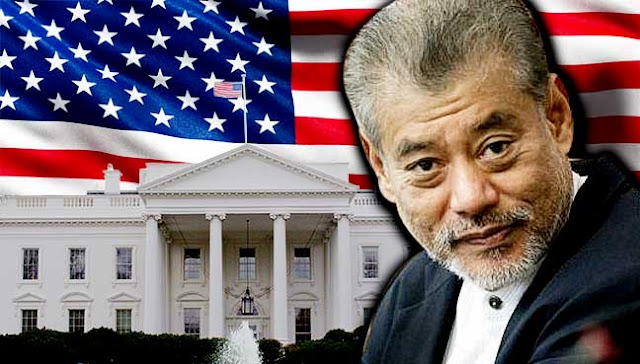 By Jomo KS
Many observers are now expecting an earlier election although the next Malaysian general election is not due until next year. Some even predict that Prime Minister Najib Razak may call the election soon after meeting with US President Donald Trump in Washington DC.

After the earlier visit by Saudi King Salman and his latest meeting with China’s President Xi Jinping, he is cementing his reputation as a leader sought after by the masters of our universe.
Kleptocracy assets recovery
Undoubtedly, the media spin will convey the impression that the PM has no problems with the US authorities despite the US Department of Justice’s (DoJ) ongoing investigations of 1MDB. Indeed, the Kleptocracy Assets Recovery Initiative (KARI) enables civil procedures – not criminal prosecution – to recover ill-gotten gains.
And the US gets to keep at least a quarter of what is recovered if the country seeks to recover the assets; in other words, a country will only get back three quarters of the amount recovered at most. But if the country’s authorities are in denial about the losses, nothing gets returned to the country.
Seeing POTUS
While it is quite well known that access to US presidents can be ‘bought’, the ‘going price’ varies. After revelations about the fixer who arranged for the PM’s golf game with the last POTUS became known, there was much talk about how much Malaysians spent, and what the president’s ‘fund raiser’ acknowledged receiving, giving rise to much speculation about ‘leakages’ along the way, and the other recipients on the gravy train.
But to be fair, the PM already played golf with ‘the Donald’ before he won and occupied the White House. Apparently, Trump signed a photograph of them together, inscribing it “To my favourite Prime Minister”, which surely counts for something.
End of neutrality, non-alignment?
In this 50th anniversary year for Asean, and Tun Razak’s commitments to make it a Zone of Peace, Freedom and Neutrality (ZOPFAN), and to non-alignment, it is certainly desirable that we remain non-aligned and neutral between the two superpowers of our times, the USA and China. Running to please one and then the other, from pillar to post, is hardly what was envisaged by him as he sought to make Malaysia non-aligned and neutral.
The Malaysian PM is reputedly among a handful of leaders, including Egyptian President Field Marshall as-Sisi and Filipino President Duterte, who have received invitations to the new White House. As a well-spoken national leader who has successfully repositioned Malaysia internationally, most significantly by re-aligning the country with the Saudi and Chinese leaderships, the invitation should come as no surprise.
Saudi money
Malaysia is one of the forty-odd countries participating in the Saudi-led military assault on Yemen although most Malaysians (and Indonesians) of Arab descent hail from that part of the Arab world. It is also well known that most leaders of participating countries have been generously rewarded for their support.
The concern for Malaysians, especially for those who still believe in neutrality and non-alignment, is how participation in a secretive, non-UN sanctioned military intervention on another non-aligned country is consistent with all that the country has stood for since Tun Razak’s time.
Admittedly, I am one of the handful of independent Malaysian observers who took the PM seriously when, in response to the DoJ’s allegations, he claimed receiving very considerable funds from a Saudi source rather than in connection with 1MDB.
Many of the PM’s critics insisted that it was all 1MDB-connected and considered my view to be an apologia for the PM. Of course, the PM’s credibility would have been enhanced if the authorities provided details and evidence of the alleged payment and repayment.
Why Washington?
Contrary to foreign media speculation, the trip is not mainly about North Korea as Malaysia has already distanced itself by its handling of the assassination of the Pyongyang’s leader’s eldest brother at klia2. After all, Trump’s harshest words regarding the Korean peninsula were aimed at South Korean President Moon, not Kim Jong-Un.
Also, as ‘the Donald’ is hardly popular among the Malaysian public except for a minority, official Malaysian media speculation that the PM’s trip is about the Rohingya is mainly intended to mollify Muslims, especially with the election expected soon.
However, there are also concerns about concessions which may be made to assuage the new POTUS after trying to please his predecessor with support for the Trans-Pacific Partnership Agreement (TPPA).
Bilateral trade agreement?
For President Trump, ‘making America great again’ involves trade, investment and other, preferably bilateral agreements favouring the US, especially private corporate interests. Trump took the US out of the Trans-Pacific Partnership (TPP) Agreement on the first day of his presidency in January 2017.
His presidency has already seen increased trade protectionism by the US, and by others, ostensibly in retaliation. This is triggering trade-related conflicts all round, with difficult to predict consequences. With the global economic slowdown of the last nine years associated, by many, with slowing trade growth, Trump’s trade policies continue to be the subject of much apprehension.
Many expect that Trump’s trade team will try to bully bilateral FTA partners into deals benefiting US corporate interests at the expense of others. A similar initiative was dropped by the cabinet less than a decade ago due to active opposition from ministers, including the current trade minister. Hence, this will be the worst possible time to go for a US-Malaysia FTA.
Unnecessary arms purchases
The other fear is that Malaysia will commit to arms purchases from the US, thus helping ‘make America great again’. After all, Trump enjoyed the support of the powerful US ‘military industrial complex’ going into the election although Hillary Clinton arguably had even more belligerent rhetoric against Russia and unfriendly Muslim governments.
Anthony Sampson’s book on the arms trade estimated that about 40% involved under the counter payments and kickbacks. Persistent allegations involving the PM, one of the country’s longest serving Defence Ministers, and his associates, including the Altantuya murder and the Scorpene investigations, continue to compromise his reputation. In the circumstances, it would be best to avoid renewed speculation about such matters going into an election.
Jomo KS is an independent observer of Malaysian affairs.
The views expressed are those of the author and do not necessarily reflect those of FMT.