Why is the govt so keen on ‘counter-market’ measures? 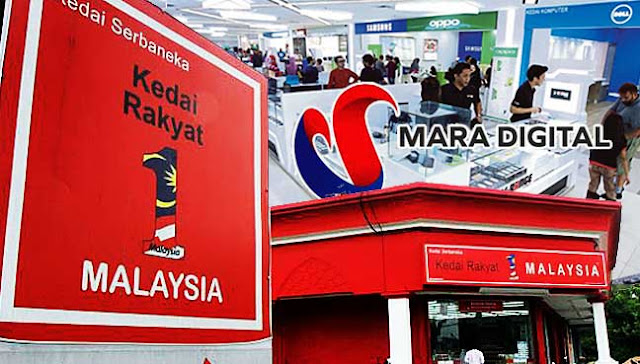 By TK Chua
I criticised the proposal when Kedai Rakyat 1Malaysia (KR1M) was first mooted. I did the same thing when Mara Digital Mall was first proposed. I criticised not because the government was trying to help Bumiputera traders and consumers and those from the lower income groups. I criticised because these proposals defied market economy and economic principles.
Lately, I learned that some of the KR1Ms have run into difficulties. So have the shops at Mara Digital Mall, which I hear have suffered reduced turnover and lower profits.


To me, the outcomes of KR1Ms and Mara Digital Mall are not totally unexpected. I anticipated the problems because these projects were initiated based on flimsy grounds.
When it comes to business, value for money, services and efficiency are the most important for ensuring enduring “loyalty”. It is not the race or religion of the retailers or customers. Businesses expecting loyalty based on race, religion and subsidies will not last. Similarly, businessmen counting on the support of customers from their own race and religion do not know what business is.
One way to reduce the cost of living is for the government to increase competition and enhance market efficiency. For KR1Ms to do the job, at least one of these three things must happen:
The government initially provided grants to set up KR1Ms. But in the long run, these stores must compete and survive on their own. As I see it, KR1Ms are in no position to enhance market competition to reduce prices. The grants provided have eventually gone down the drain.
Instead of government-mandated stores through KR1Ms, a better solution is for the government to encourage and facilitate private enterprises to set up retail stores without subsidies or grants.
When private capital is involved, usually there will be more stringent feasibility studies and proper management of the enterprise. KR1M, in some ways, is running a business using other people’s money. I don’t think this will ever work.
The same goes for Mara Digital Mall. It does not make sense to mandate the retailers in the mall to buy their supplies from only one source. It does not make sense that the whole mall caters to retailers from only one race even though the objective is to encourage Malay participation in business and commerce.
Customers know no loyalty. They will buy at the right price, with the best service and quality. If Mara Digital Mall is able to provide that, I think non-Malay customers will go there too. The problem is competition, again. Is Mara Digital Mall able to provide variety, competitive prices and quality service just like other malls?
I don’t think setting up exclusive enclaves is going to work. Retailers at Mara Digital Mall should be encouraged to operate from within existing popular malls such as those at Low Yat Plaza, perhaps with some initial assistance, but eventually they must learn to compete on their own. This is the only assurance of success, nothing else.
Malaysia has a functioning market economy. State-mandated/directed enterprises are known to cause inefficiency and drain the public coffers.
I wonder why the government is always so keen to come up with “counter-market” measures. They have not worked, and they are not going to work. The government should encourage, not get involved; facilitate, not do.
TK Chua is an FMT reader.
The views expressed are those of the author and do not necessarily reflect those of FMT.