Who is responsible for the breakdown of the opposition pact? 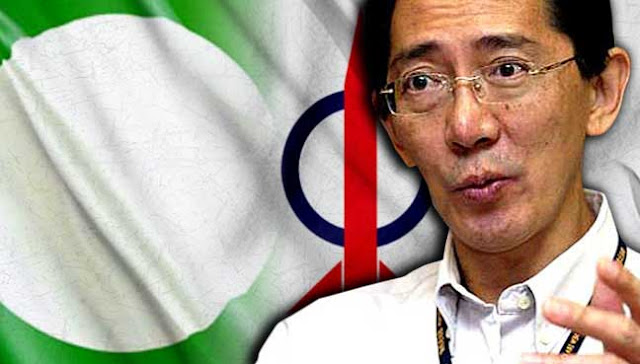 By Kua Kia Soong
The prospect of 3-cornered and even 4-cornered electoral battles in the next general election has now dawned on Malaysians. The delusional in Pakatan Harapan are in denial, even claiming this will work out in favour of their candidates!

For those who have yearned for decades to see the end of BN hegemony and its racist, corrupt and unjust policies, this is a shocking reality especially after the breakthroughs made to include PAS in the opposition electoral pact since the mid-Eighties.
Factions within PKR can see the ominous signs of disaster if they cut off PAS totally and have to face 3 or more cornered fights while others in the same party seem to have developed an aversion to PAS similar to DAP’s current fear and loathing of PAS.
Is PAS’ Syariah Bill the cause of the Opposition split?
The anti-PAS elements in the Opposition claim it is PAS’ attempts to introduce the Syariah Amendment Bill that is the cause of the breakdown of the Opposition pact but is it really?
According to PAS, such laws would apply to all Muslims and would not apply to non-Muslims. However, legal experts have pointed out that there will be cases that are not so cut-and-dry and that hudud-type laws will infringe the Federal Constitution that guarantees equality for all Malaysians before the law.
Nevertheless, enactment of PAS’ hudud law will require a two-thirds majority in the Parliament as it involves constitutional amendments.
Anyway, this has all along been the argument by Pakatan Rakyat (PR) coalition members to justify their engagement with PAS. It did not stop the DAP forging a successful coalition with Semangat 46 and PRM under ‘Gagasan Rakyat’ while S46 had in turn forged another coalition with PAS under ‘Angkatan Perpaduan Ummah’ during the 1990 general election.
Although the Opposition failed to defeat the BN, the attitude of Malay voters toward the DAP changed positively because of its alliance with S46, PRM and PAS.
In fact, the realization of this Opposition Front and the hope of a multiracial challenge to the Barisan Nasional had been the main reason for the entry of civil rights activists including myself into the DAP in the first place.
PAS’ 1985 policy statement a game changer
Without a doubt, PAS’ policy statement in 1985 on equality of all peoples before Allah was a game changer. In October 1985, then PAS Vice-President Haji Abdul Hadi Awang made an important policy statement when he declared that “…the question of privileges for the Malays will not arise under Islamic law.”
At a stroke, PAS had undermined the communalist ideology of Umno which had dominated the Malay community for so long. The contrast with Dr Mahathir’s call to Umno members at the time to “defend their special rights by holding fast to the spirit of nationalism” could not be starker.
It immediately evoked the predictable response from UMNO that PAS was “traitorous to the religion, race and country…selling out the birth right of the Malays.”
Then Prime Minister Dr Mahathir said the Attorney-General would have to determine if the speech was seditious. Even the Home Minister indicated that his Ministry was studying the speech.
Not only was the Sedition Act invoked, some quarters maintained that Hadi’s speech was tantamount to treason. The only voice of reason emanated from the former Prime Minister Tun Hussein Onn who said:
“The Sedition Act should not be invoked too easily just because people express views which do not conform with established views…the authorities should not stretch the provision of the law to make every non-conformist statement seditious or the law itself would fall into disrepute. There is the political aspect which involves the rights of the people to express their views. If it is blatant, one has to be careful in invoking the Act as it involves the freedom of speech.” (The Star, 20 September 1985)
Engaging with PAS against UMNO hegemony
Seeing an opportunity to engage with the leaders of such a large Malay-based party and to combat the racist ideology of Umno, it was not the DAP but the leaders in the Civil Rights Committee (CRC) of the Chinese Associations (of which I was a member) who initiated a dialogue with the PAS leaders in 1985.
During the 1986 general election campaign, leaders of the CRC went around the country calling on the Chinese electorate to vote for the Opposition coalition, including PAS. In 1990, quite a few of us civil rights activists led by Lim Fong Seng the erstwhile Chairman of Dong Zong joined the DAP in order to strengthen the Opposition Front.
We saw PAS as the largest party outside Malaysia’s ruling Barisan Nasional coalition which was capable of attracting Malay votes for the Opposition coalition. From its establishment in 1951, it had entrenched itself as one of the country’s strongest opposition parties. Except for a short period from 1974 to 1978 when PAS joined the governing Barisan Nasional coalition, the party has otherwise been in opposition at the federal level for the entirety of its history.