What will Malaysia look like under a PAS-Umno administration?

PETALING JAYA: Malaysia may have a bleak future should PAS’ current warm ties with Umno result in a coalition government between the two, or at least that is what some fear.
It’s a future that DAP leader Lim Kit Siang shudders at the thought of, fearing a darker and less tolerant society under the governance of the two most dominant Malay parties.


But analysts, however, feel Lim’s nightmare is unlikely to become a reality.
Based on the statements PAS leaders have made recently, Lim has concluded that a joint administration by the two parties will “totally negate and contradict the very principles Malaysia was built on”.
“I think what PAS wants is very clear. As it is, we are no longer regarded as a moderate country.
“And the country will veer towards greater violation of our nation-founding principles. We’ll move towards more intolerance, ambiguity, distrust and disunity.
“All this on top of greater kleptocracy. So we will see negative changes from all aspects: economic, social, and the nation-building process,” he told FMT.
Lim isn’t alone in harbouring such views. Former law minister Zaid Ibrahim, who is now with the DAP, painted a much darker picture as he equated PAS and Umno leaders to the Taliban. 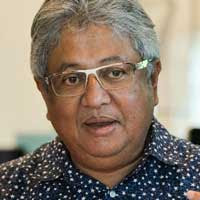 Are such fears reasonable?
A 21st century PAS-Umno administration is not entirely unimaginable. It wouldn’t be the first after all.
Back in 1973, then PAS president Asri Muda had joined forces with BN and, in fact, took the party into the ruling coalition. PAS contested the 1974 general election under BN’s banner.
As a result, Asri was made a minister in the cabinet of then prime minister Abdul Razak Hussein. A few other PAS leaders back then were also given various positions within the government.
But this alliance ended almost as soon as it had begun.
In 1977, after a conflict with Umno-picked Kelantan menteri besar Mohamed Nasir, Asri took PAS out of BN. 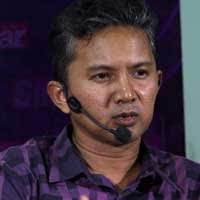 Kamarul: There has been no “clear indication” that PAS and Umno would come together again.
Having lived through the coalition government, Universiti Utara Malaysia’s political analyst Kamarul Zaman Yusoff expressed contrary views to those held by both Lim and Zaid.
He said first and foremost, there had been no “clear indication” that PAS and Umno would come together again.
“This projection is only feasible if there is a deadlock between Pakatan Harapan and BN (in the general election), with PAS playing the kingmaker role,” he told FMT.
“In this situation, all in BN may have to agree to some sort of administrative arrangement with PAS.
“But even if this happens, I don’t think PAS will manage to extract many concessions from Umno, as the latter also has to take care of its non-Malay and East Malaysian partners in BN.”
He said the prospect of extremism taking root did not exist, as BN’s non-Malay and East Malaysian component parties, as well as the Malay rulers themselves, would be present to keep any extremist tendencies in check. 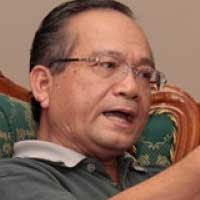 The only changes that can be expected would be PAS’ presence in the Najib Razak cabinet, says Ahmad Atory.
Another analyst, Ahmad Atory Hussain, agreed and said the only changes that could be expected would be PAS’ presence in the Najib Razak cabinet.
Policy matters, for example, would not be affected much as BN still had other component parties that were not made up of Malays only, he said.
But the development of the country, especially the states PAS might be allowed to take charge of, could face some setbacks as seen in Kelantan, said Atory.
“However, it’s not really about the party as much as the individuals leading the party, the state, or the ministry.
“If the leader has the willpower, the commitment to eradicate poverty and social problems, among other things, then that shouldn’t be a problem.
“But like in Kelantan, for example, the leaders appear to be lacking in ideas and knowledge of how to develop the state, unlike the leaders in Selangor and Penang,” he told FMT.