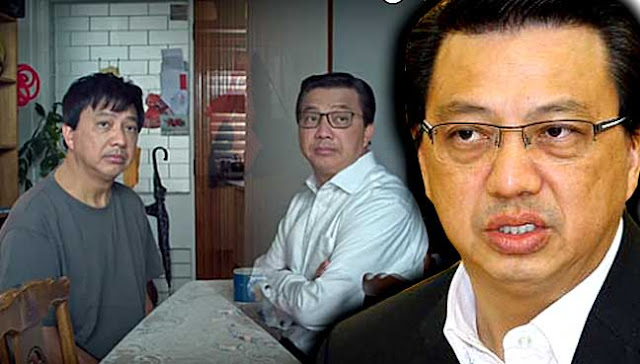 By TK Chua
I cannot second guess the motive behind the “Merdeka video” featuring Transport Minister Liow Tiong Lai of MCA. I can only comment on its content.
In gist, this was what I gathered from the video: as a nation, the last ten years have been difficult; many are not happy, accusing Liow and MCA of becoming irrelevant; Liow could have made excuses and argued that MCA’s hands were tied, but he chose to admit the wrongs and move on; his dreams of a beautiful Malaysia, grounded in commonality, have not faded; he urges for continued belief in Malaysia and to cherish its hopes and potential; he believes all leaders, regardless of political affiliation, want a better Malaysia.
Yes, talk is indeed easier than action. Sometimes we give excuses or pretend to highlight our own inadequacies in order to pre-empt the criticism of others.


It does not matter if MCA’s hands were tied or not. To me it is simple; MCA does not deserve to be where they are now if their hands were indeed tied. If their hands were not tied, yet they did not accomplished much, then it only shows apathy and incompetency on their part.
It is good to have dreams, but it is better to have dreams backed by realistic efforts. Maybe we should ask why the dreams of Malaysians, based on our commonality, are fading. Why are parochialism and exclusiveness accentuated?
It is hard for me to agree that all leaders want a better Malaysia. Most leaders are in fact selfish and only want to perpetuate their own power. Hence, loyalty to leaders should not be a blank cheque. When leaders portray no loyalty to their own country and principles, how then can they expect loyalty from others?
We should instil in our people the dreams and hopes of this nation. But we should never nurture them into docile and foolish people.
If we want change, if we want our hopes and dreams realised, leaders must be held accountable for their actions. It is not good enough to admit mistakes but do nothing to rectify them.
If leaders do not have to answer for what they did and we, the people remain indifferent, please tell me how change can take effect? Please tell the people how their dreams and hopes are being realised when the nation is set on the wrong trajectory, either deliberately or tacitly?
Leadership must come with responsibility. That is why not everyone is a leader. We can’t claim leadership by pre-empting criticism, or by selling hopes and dreams with nothing tangible for the people to hold on to.
TK Chua is an FMT reader.
The views expressed are those of the author and do not necessarily reflect those of FMT.