What has become of Malaysia’s politicians? 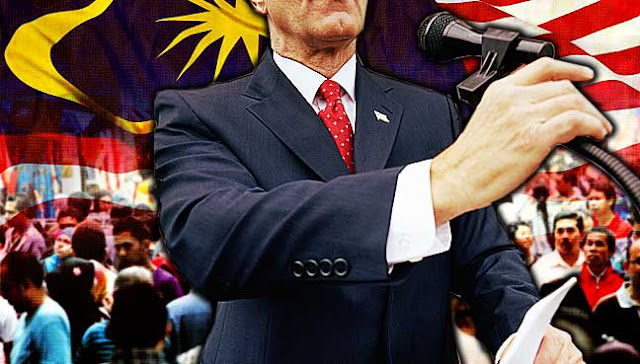 TK Chua
There’s no making sense of Malaysian politicians any longer. Too many of them are deficient and “bankrupt”. I think we, the people, must be more assertive and criticise them more directly.

For the sake of the two-party system and better governance, many of us are willing to forgive and forget the chequered pasts of our politicians. But the more we look at them, the more disappointed we get. I wonder if these politicians genuinely care for the country and its people.
They never account for or explain to the people their actions and decisions. We see stupid decisions made which have little to do with the livelihood of the people. Too many politicians think only about mega investments, big feasibility studies and glamorous projects while the country is left to dwindle to almost nothing.
Who is to be held responsible when a two-hour rain causes the whole of Penang island to be inundated with water? The multi-tier governments we inherited are supposed to work for us, not against us. How can the people solve their problems when the federal and state governments are only good at blaming each other? Worse still, they have also started to blame God, just as a federal minister did many years back.
Then we have a tragic fire at a tahfiz school. Arson is one thing, but do we need more than 20 people to die before we come to the realisation that many of these buildings are fire hazards with no proper approval from the numerous regulating authorities in the country?
What does this tell us? Are we only good at setting up regulatory authorities that have minimal or zero enforcing effectiveness? When a fiasco takes place, the authorities wash their hands off the issue, claiming no prior approval was granted. There are thousands of kindergartens and religious schools operating all over the country right now. Do they have the necessary approvals to operate?
Politicians just can’t focus on important things. They are only interested in their own positions and power. Even the recent spat between Muhyiddin Yassin and Anina Saadudin got me riled up. The two can’t even sit down to talk things over. Instead, they challenge each other to debates and invoke the issue of “locus standi”. If they can’t even show tolerance and humility towards each other, can they be expected to show a sense of caring and magnanimity towards the people? I doubt it.
The same goes for the impasse within PKR. If their focus is on the wellbeing of the people, good governance and their so-called mission to save this country, they wouldn’t have demonstrated so much animosity among themselves.
Then we have politicians who switch their allegiance to parties as often as they change their underwear, totally oblivious of the people’s wrath. Why are we, the people, allowing this? Shouldn’t we be condemning and criticising them?
When they hop, the excuse is always that they “want to serve the people better”. Is this true? How many have crossed party lines for altruistic reasons before they were sacked or removed from their positions?
As mentioned earlier, for the sake of better governance and checks and balances, people are willing to forgive and forget politicians who switch parties. However, there must be lessons taught and humility learnt.
As it is, all I see are politicians jockeying for positions — who is more senior, who is more learned and who should have more say.
Seriously, how much disagreement can we endure if our genuine concern is to do good for the people? Think about it. The rest, as the Americans love to say, is baloney.
TK Chua is an FMT reader.
The views expressed are those of the author and do not necessarily reflect those of FMT.