What experts think of Pakatan’s proposals 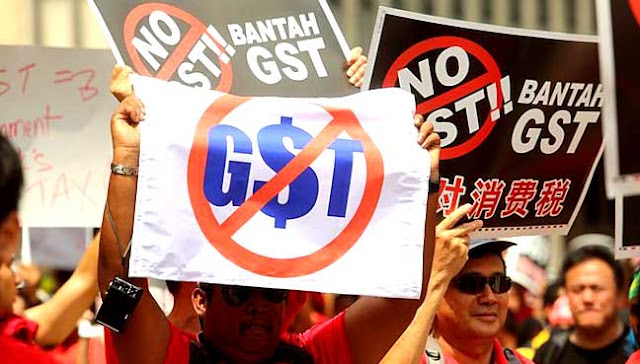 By Sebastian Loh Xi Ving
There’s still not much we know about Pakatan Harapan’s economic agenda. But what Pakatan has proposed so far is in direct opposition to the advice of experts. Suffice to say, this is a big problem.
Pakatan has vowed to abolish the GST within 100 days of assuming power. But that pledge is so ludicrous that even the typically pro-opposition media have carried sceptical assessments of it.

In July, Malaysiakini published an article with a telling headline – “Experts: Scrapping GST ‘economically nonsensical’”. In January, the Malay Mail Online ran a similar article titled “Economists rebuff Dr M’s pledge to repeal GST“. This consensus on the matter is pretty damning – the jury isn’t out; they have repeatedly ruled in one direction.
Expert disapproval of GST abolition is driven by, well, reality. Without the GST, the federal deficit would spike from 3.1% to 5%. Pakatan would have to find a whopping RM41 billion in lost revenue elsewhere.
The government would be forced to make deep cuts to education, health care, infrastructure, and more. Businesses that have already synchronized their supply chain with the GST system would also be hurt. It’s the equivalent of national suicide.
Economic expert Firdaos Rosli told Malaysiakini that abolishing the GST is “economically nonsensical.” “I don’t think anyone in their right mind would want to do that,” he told the Malay Mail Online. (Firdaos is the director of Economics, Trade and Regional Integration at the Institute of Strategic and International Studies Malaysia.)
It’s no secret that virtually every economist, think tank, and global institution that has spoken on the GST have supported it. This includes heavyweights like the International Monetary Fund (IMF), the World Bank, and the Organisation for Economic Co-operation and Development (OECD). And none of them are obliged to do BN any favours.
Experts also disagree with Pakatan on the issue of fuel subsidies. Pakatan wants to restore these subsidies (abolished in late 2014) – a move certain to widen the deficit and further complicate their efforts to abolish the GST. Fuel subsidies are inherently wasteful, not least because they benefit the rich much more than the poor.
A Bank Negara Malaysia report revealed, “it is estimated that the bottom 20% of households in Malaysia only receive 4% of the fuel subsidy, while the richest 20% receive 42% of the subsidy.”
Why this is the case is obvious enough – the wealthy, who tend to own more vehicles with larger engine capacities, consume far more petrol than the poor. Fuel subsidies are essentially welfare for the rich on the backs of taxpayers. And for a long time now, reviews from experts have been scathing – without exception.
A strongly worded Bloomberg editorial blasted fuel subsidies as the “world’s dumbest policy”, explaining that they “fuel corruption, discourage efficient use of energy and promote needlessly capital-intensive industries.”
The Economist blamed them for “wrecking budgets, distorting economies, harming the environment and, on balance, hurting rather than helping the poor.”
The IMF, World Bank, OECD, and IEA (International Energy Agency) all want fuel subsidies to be eliminated or phased out. Not one self-respecting economist – honestly, find me one – supports introducing, reintroducing, or maintaining these subsidies.
So why in the world does Pakatan want them back? Perhaps this is the reason: As with abolishing the GST, Pakatan believes that winning votes is worth inflicting a fiscal and economic catastrophe on the country. Damn the experts and their warnings. What do they know?
A lot, actually. If every doctor you meet tells you to exercise more, they’re definitely on to something. If every engineer you meet tells you the building is unstable, you’d best evacuate. And so it is with economists.
It’s pointless to decry the state of education in Malaysia if we so readily dismiss experts. If education has any value at all, then expertise must be given weight. Pakatan leaders need to tell us why they’re right and the experts are wrong.
No alternative facts, please.
Sebastian Loh Xi Ving is an FMT reader.
The views expressed are those of the authors and do not necessarily reflect those of FMT.