Wanted: Some strong political will 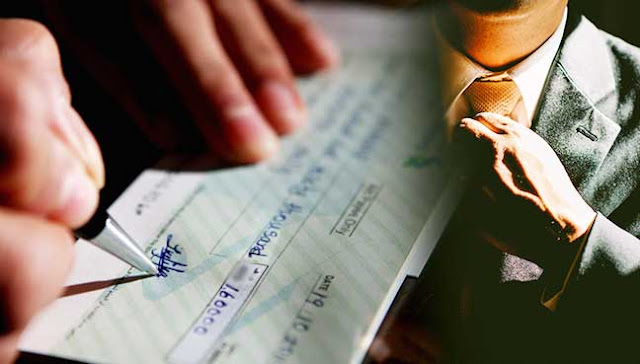 By Sin Chew Daily
The government is not likely to table the bill to control political financing before the next general election (GE14), thus there won’t be any law to check parties or individuals on this issue when GE14 comes around.

The government set up the national consultative committee on political financing two years ago in a bid to explore solutions to control political funding and promote operational transparency in politics.
Back then it was planned that the new law would go into effect before GE14.
Time flies, two years have since lapsed, but the draft is yet to be finalised, and the committee is still working on it.
Of course, it wouldn’t be easy to draw up a new law to control political funding, which will take a good deal of in-depth studies and discussions.
However, if our government has a powerful political will to make this a reality, we believe after “working so hard” for it for the past two years, the government should not have much problem getting the bill tabled in the Dewan Rakyat at the next sitting next month.
As such, while we applaud the government’s decision to push ahead a new law to control political funding, we do hope it will demonstrate an even bigger political will to hasten the pace of reform.
As a matter of fact, legislation on political funding aside, the government also needs to show more political will in effectuating other reforms.
“Change” appears to be the political byword in recent years. Barack Obama’s “Change” slogan won him overwhelming support from the American voting public to become the first ever African-American president in 2008.
Such a wind of “change” is also gaining steam here in Malaysia, as opposition parties chant the “ubah” (change) slogan to win over the voters while the ruling coalition is making promises of change to help consolidate its hold on power.
It is indeed commendable for the government to want to change, but unfortunately the so-called “change” won’t  go far if it is not supported by a powerful political will. In the worst case scenario, many of the initiatives could die a premature death or get reversed at the slightest setback.
The now defunct New Economic Model is hardly remembered today while economic reforms are struggling to go forward.
The progress of legal reforms is equally disheartening. The extension of the contracts of Federal Court Chief Justice Md Raus Sharif and Court of Appeal president Zulkefli Ahmad Makinudin has sparked controversy and is said to have undermined the judicial independence of this country.
We cannot deny that indeed the government has expressed its intention of implementing changes on a number of issues to bring hope to society.
Nevertheless, in the absence of a powerful political will to bring them into fruition, such promises are easily perceived as superficial showmanship that won’t go right into the core of the problem, let alone bring complete and sustained reforms.
“Change” is a difficult process. We all know that making changes to the existing status quo is bound to bring on some restlessness and backlash, and often such tremendous pressure can only be overcome with an immense dose of political will and determination.
Merely chanting a loud slogan that is not backed by any real effort will not deliver the “change”.
It is great to have voiced up the intention for “change”, but please, show us all a little more political will and resolution.
Sin Chew Daily is a local vernacular publication
* The views expressed are those of the authors and do not necessarily reflect those of FMT.