Up to Malaysians to evaluate political alignments 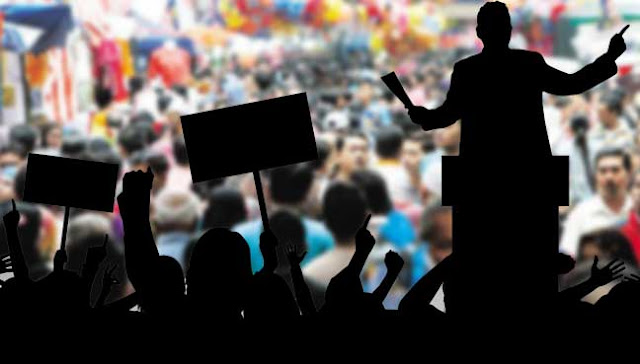 By TK Chua
I think we have said enough about DAP wanting to control Pakatan Harapan (PH) and PAS wanting to join Umno.

Realignments of political parties are quite natural, usually dictated by new realities, evolving circumstances and overriding objectives.
Not all realignments are bad, neither are they all good. Rightly, different political parties working together ought to provide checks and balances for each other. This is one way to keep all political parties moderate, inclusive and tolerant.
On the other hand, political parties could align themselves for parochial and intolerant reasons.
Ultimately, it is for Malaysians to evaluate each of these realignments.
DAP has been accused of many things, including working with race-based PPBM and former arch-enemy Dr Mahathir Mohamad. The party has also been accused of trying to control or dominate PH.

I think DAP should stop denying and defending itself in all these accusations. DAP working with Malay-centric PPBM and Malay-dominated PH is actually a good thing. At least it will bring everybody to the “centre”. Is this not what most Malaysians want – a nation that is moderate, inclusive, tolerant, and does not succumb to extreme policies or ideologies?
Can we say the same thing about PAS wanting to align with Umno? What would an Islamic-centric party joining a Malay-centric party lead us to? Maybe together, they can win the next election given the Malay-Muslim majority, but is this good for a moderate, inclusive and tolerant Malaysia?
Sometimes I wonder why Umno does not try to work with DAP for once. Of course, I am thinking of DAP being able to play its check and balance role, unlike the present component parties within Barisan Nasional. I am sure this would lead to a better government led by Umno.
Umno has become less effective over the years because it has few checks and balances for itself. In the process, it has become insular and less tolerant.
I am just thinking aloud, and naively, perhaps: what if Umno had chosen to work with DAP instead? Imagine the stability and potential that could be unleashed.
But then, there is no way that is certain. If Umno choses to work with DAP, maybe PKR and PPBM would become the “new Umno”.
TK Chua is an FMT reader.
The views expressed are those of the author and do not necessarily reflect those of FMT.