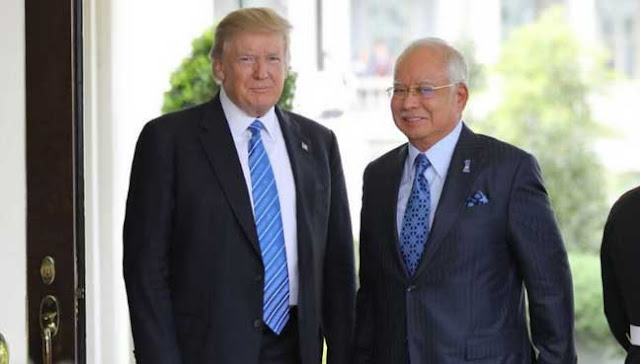 WASHINGTON: US President Donald Trump welcomed Prime Minister Najib Razak to the White House today, amid questions about his guest’s involvement in a spiraling corruption scandal.
Trump greeted Najib at the West Wing with a handshake and warm thanks.


“I want to thank you very much for all the investments you have made in the United States,” Trump said during a joint appearance in the Cabinet Room, heralding a Boeing deal worth “US$20 billion”.
Trump also hailed Najib’s “major role” in countering the IS group and other jihadist groups.
“He’s been very very strong on terrorism in Malaysia and a great supporter from that standpoint. That’s a very important thing for the United States,” he said. 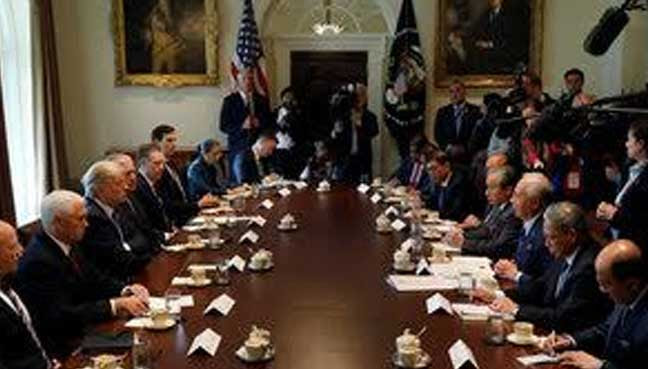 According to Reuters, Najib during a meeting attended by top advisers told Trump that Malaysia Airlines would buy 25 Boeing 737 jets and eight 787 Dreamliners, and would probably add another 25 737s in the near future, a deal he said would be worth more than US$10 billion within five years.
Najib said the Employees Provident Fund (EPF) wanted to spend US$3 billion to US$4 billion on US infrastructure development.
The White House had originally planned to allow reporters into an Oval Office meeting between Trump and Najib, but at the last minute changed course. That meant photographers could not take the traditional photo of the two leaders sitting side by side, but a White House official said not to read anything into the change, reports Reuters.