Three-cornered fights with PAS could be just hype 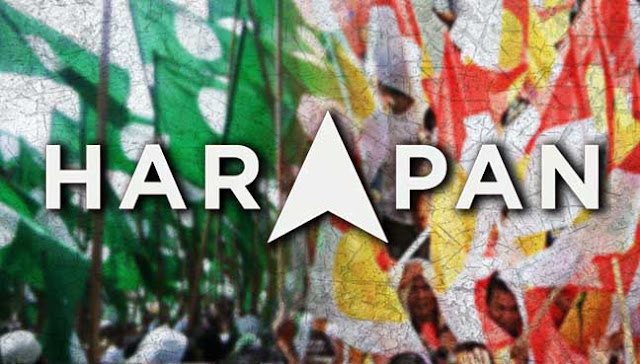 By Kim Quek
In Malaysian politics, three-cornered electoral contests have always been an Achilles heel for the opposition. But this is not the case with the three-cornered fights that PAS threatens to create in the coming 14th general election.

The simple reason for this is that PAS is not a genuine opposition party.
In fact, the party at this moment is exhibiting all the symptoms of schizophrenia – concurrently anti-Umno and pro-Umno, depending on which leader is speaking and when he is speaking.
But soon, PAS will have to shed its anti-Umno cloak when Parliament is dissolved and nomination and polling days are announced.
The surfacing of the anticipated strategy to avoid clashes between PAS and Umno in their respective strongholds, particularly in Kelantan, will reveal their true intent.
Such evidence of a PAS-Umno political alliance will be further reinforced by PAS fielding candidates in an unnecessarily large number of seats where it doesn’t stand the remotest chance of winning. These PAS candidates are now described as Umno’s “suicide bombers” – sacrificial lambs at the altar of Umno’s political hegemony.
Moment of truth
This will be the moment of truth that does both PAS and Umno in.
The eventual full exposure of such political cahoots designed as a lifeline to save Umno from inevitable political defeat will cause massive deflection from PAS. This is because the grassroots members and supporters of PAS have long fought to remove its arch-enemy, the corrupt and racist Umno, as the stumbling block to PAS’ long cherished dream to fully realise Islamic values in the country.
That PAS is fearful of this eventuality is evident from its panic-stricken reaction when the Straits Times Press of Singapore revealed that PAS president Abdul Hadi Awang had been in almost daily conversation with Umno president and Prime Minister Najib Razak (even during Hadi’s recovery from his recent heart surgery) to plot the takeover of power in Pakatan Harapan-ruled Selangor, come the next election.
A chorus of PAS leaders including deputy president Tuan Ibrahim Tuan Man instantly sprang to vehemently deny the allegation, while, tellingly, the man at the centre, Hadi, has remained deafeningly silent to-date.
The toothless tiger
And Umno, which has counted on PAS to save its skin, will find its new cohort a tiger without its teeth.
Under such circumstances, the much hyped three-cornered fights will not only cease to be an unmitigated disaster to the opposition, but could become a deadly affliction to Umno/BN.
The switch of roles from an opposition party to part of the ruling camp will cause PAS to split the votes that would otherwise flock to Umno. In other words, Umno could be at the receiving end of the ill fruits of a Pakatan Harapan-PAS-Umno contest.
But there is one proviso to this scenario. Pakatan Harapan must be able to convince sufficient numbers of PAS-inclined voters of the party’s betrayal of its sacrosanct cause for them to reject it.
As typical of all political parties, PAS has its hardcore voters and non-hardcore voters. It is the latter which should exceed the former, that will decide which direction the PAS two-edged sword will cut.
Hence, it is of vital importance that PAS members and supporters be fully informed and convinced of the true role PAS is playing in the muddled political battlefield. In this respect, the effectiveness of information dissemination is crucial.
Unfortunately for the opposition, it suffers the handicap of zero access to TV channels and newspapers to propagate its view, and these media channels are precisely the main source of news for conservative supporters of PAS.
Thus, Pakatan Harapan has no alternative but to go from town to town and village to village to reach these voters. Such efforts are slow and consume time and manpower.
Move decisively now
For that reason, Pakatan Harapan must start its campaign now without delay to allow the true picture to sink in and change mindsets where it counts, as the election could be just around the corner.
PKR must close ranks on the hitherto divisive PAS talks issue and join Pakatan Harapan whole-heartedly to campaign aggressively to win over PAS supporters, in addition to exposing Umno’s heinous corruption, and sending the tidings of good governance that will alleviate people’s hardships.


PKR should feel assured that its much-feared three-cornered fights will be neutered in most cases as the loss of PAS’ hardcore voters will be more than compensated by the anticipated bumper crossover of Umno’s traditional Malay voters who are disillusioned with the party’s atrocious betrayal of public trust.
With a united opposition front resolutely facing off both Umno/BN and PAS, God willing, the much longed-for change will come to the country.
Kim Quek is the author of the banned book “The March to Putrajaya” and best seller “Where to, Malaysia?”.
The views expressed are those of the author and do not necessarily reflect those of FMT.
Share to: