The weakening of democracy under Najib’s rule 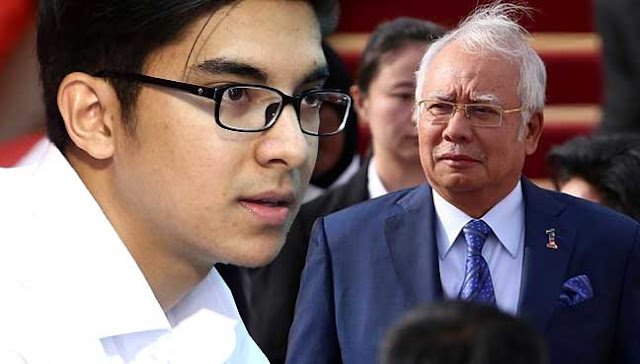 By Syed Saddiq Syed Abdul Rahman
In Najib Razak’s most recent blog post, he wrote, “Real patriots don’t shame the country for political gain.” This statement underpins the rhetoric which he has and will continuously use to smear the real patriots in Pakatan Harapan by weaponising patriotism for one’s political ends.
But let’s be honest here, has our record for democracy and free speech improved so much to the point that it is worth talking about?

My first point of contention is that Najib didn’t use any global ranking to justify his writings. In all honesty, if you want to brag about your success, back it up with facts, not with a caps-lock headline.
Here is the real reason he didn’t want to cite any rankings.
A quick look at the World Press Freedom Index shows that Malaysia is languishing at a record low of 144. We are below Zimbabwe and Afghanistan, and those countries barely have any proper democratic structure in comparison to our beloved Malaysia.
Let’s be fair. Maybe that ranking is biased. Maybe they hate Malaysia. Najib’s first sentence again alleged that Malaysia is being smeared by the foreign press. The most focused issue involving Malaysia is 1MDB.
Najib promised to sue The Wall Street Journal, but it has been many days and we haven’t seen any attempts at legal action. Furthermore, the foreign press wasn’t the first to report on the 1MDB scandal. It was the good guys at the The Edge who first ran an investigatory piece on 1MDB which then unravelled into one of the world’s largest corruption scandals.
The fact that Najib’s government took down The Edge and many more local portals is indicative of his fear of the free press – the very same free press which is the beating heart of a free democracy. Why must Najib’s government use a draconian law to suppress the free press instead of suing for defamation like any other person would?

I posit that it is obvious that our prime minister is unwilling to take any legal action in order for the truth to prevail. The excuse that “suing in a foreign jurisdiction is impossible” is nonsensical. The fact that PAS can do so successfully is a case example for this.
Singapore and Switzerland are examples of countries that have taken action against institutions that worked with 1MDB. Multiple banks and individuals found complicit in the 1MDB issue have been closed down and charged.
The facts of the case specifically mention wrongdoings involving 1MDB. So were Khairuddin Abu Hassan and Matthias Chang, who were arrested under Sosma (a law that Najib created), wrong? The results of investigations in those countries show otherwise. So much for our democracy – Najib’s democracy, where a law intended for terrorists can be used to jail political dissidents.
Our democracy is now a laughing stock. 1MDB is being hit left and right abroad, yet here we are sitting quietly, sipping our warm glass of teh tarik. Even when the PAC report recommended action against the directors of 1MDB, we have yet to see any prosecution whatsoever.
It is depressing to know that the only prosecution that has taken place in Malaysia is against the whistleblower, Rafizi Ramli, not the perpetrators. Where is our improvement in democracy? In the case of 1MDB, there is so much more to point out, but I’ll keep it as simple as this: Najib failed. Najib was a reformist prior to 1MDB, but once he was caught in the web of scandals, he rolled back all the reforms that he embarked on – the very reforms that got me to support him to begin with.
Let’s give credit where credit is due. It is true that Najib reformed many of our archaic laws. Sadly, we don’t see any major changes and follow-up, especially when his political life is hanging by a thread due to the 1MDB scandal.
No proper liberty exists for students to be involved in political activities. Hanifa Mahpa and Afiqah, my friends from the International Islamic University, were suspended for hosting a debate on the goods and services tax (GST). Heck, when I wrote an open letter to the prime minister criticising his handling of the 1MDB scandal, I was called up by the disciplinary board, lost my job as a part-time lecturer and had my students punished due to my involvement. They were about to represent Malaysia to debate in the United States but the trip was cancelled due to my action.


This clearly shows that even with the modification of the Universities and University Colleges Act, there is no real progress in students’ rights to participate in political activities.
In totality, the purpose of the article was to bash the opposition front and not to highlight the progress in our democracy or free speech. We hope we will see a true change in our country’s democracy and free speech – a change which will come when we change Najib’s government.
Syed Saddiq Syed Abdul Rahman is PPBM Youth chief.
The views expressed are those of the authors and do not necessarily reflect those of FMT.
Share to: