Stop creating new divisions in the name of religious sanctity 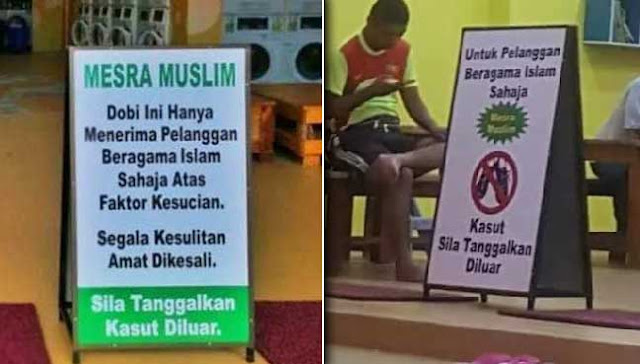 The story takes place some time in the future, when birth rates are at rock bottom and the human species is battling a survival crisis.
The enraged male-dominated leadership blames it on women who are unwilling or unable to conceive.
Some of the extremists plan to overthrow the United States government and replace it with the Republic of Gilead, a totalitarian and theocratic state which overturns the virtues of democracy and freedom.
Gilead is ruled by male clerics who vow to build a wholly sanctified nation through the purging of human souls.
All women, except the clerics’ wives, are stripped of their citizens’ rights, their assets forfeited. They are forced to stop working and learning. All they are allowed to do is to bear children.
Anyone going against the law is put to death.
Although the story happens in the future, it is in its essence about emerging conservatism and extremism in today’s world, as human civilization recedes to the amorphous formlessness of the age of religious theocracy millennia ago.
While the story sounds surreal and wildly imaginative, it nevertheless reflects what is taking place right under our noses.
In our world today, many have attempted to enforce their perceived “sanctity” on other people, in the name of religious “sanctity”.
From the Islamic State militant group’s Caliphate fantasy to the Muslims-only launderette in Muar, the imaginary Republic of Gilead that outlaws women’s rights, to the dress code for non-Muslims (later said to be for Africans only) at Flora Damansara.
These absurdities, all in the guise of religion, are nothing short of extremism.
I’m not the only one to brand such acts “extremist”, for many educated men in Malay society have done likewise.
The Johor Sultan’s second son, Tunku Idris Sultan Ibrahim took to Instagram to voice his displeasure over the “halal” launderette in Muar, saying: “This is too extreme. I’m appalled.”

CIMB chairman Nazir Razak lamented: “Such acts of extremism must be stopped. They have distorted Islamic teachings.”
Perlis mufti Mohd Asri Zainul Abidin is worried about the demise of our diversity.
Unfortunately, many other Muslims appear to endorse such aberrations.
Johor mufti Mohd Tahrir Samsudin said cleanliness is very important to Muslims and the laundry shop only wants to make sure its washing machines are not soiled by unclean things.
State Islamic affairs department adviser Noh Gadut said this should remind Muslims to be more concerned about the issue of clothes being tainted with unclean elements.
Sadly, such discourses have a large following in conservative Malay society.
Perhaps the “Muslims-only” launderette is only a whimsical idea of the owner. It’s up to him to reject non-Muslim customers.
But, over-emphasis on cleanliness could have the unintended implication of uncleanliness of the others. This could constitute moral discrimination that if allowed to expand infinitely could spawn social polarisation.
In a multi-cultural society like ours, social harmony and peace can only be assured if we have equality and tolerance.
For the sake of this country we all share, stop creating new divisions in the name of religious sanctity.
Tay Tian Yan writes for Sin Chew Daily.
The views expressed are those of the authors and do not necessarily reflect those of FMT.