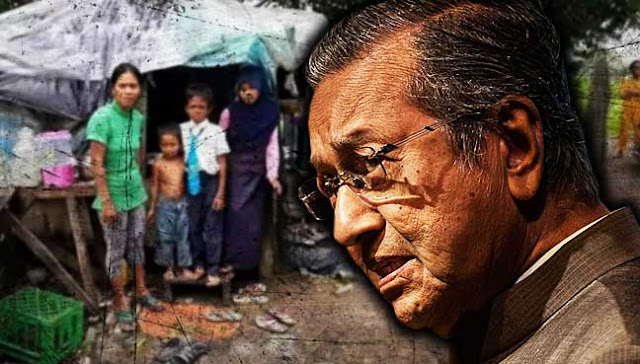 Dear Tun Mahathir,
Please permit me, as an apolitical Sabahan, to write this open letter to you with regards to Sabah’s future.
On Aug 20, 2017, I expressed concern in the Sunday Express that the opposition in Sabah had failed to get its act together. The opposition, taken in totality, is spilt into blocks. Some other parties are not even in these blocks. To the public, unity in Sabah Pakatan Harapan is still elusive among and within member parties. It is not my intention to highlight these problems as it might cause political offence. But the problems are pretty obvious, as highlighted in the press and coffee shops.
On Sept 6, you expressed confidence that PH can win 50% of Sabah’s 25 parliamentary seats with the support of another Sabah-based party. Unfortunately, you have not shared the cause for your optimism with us or how this political arrangement will work out. You may well have a reason for it, which I respect.


What you have said about the feelings of Sabahans is quite correct. We have never felt Malaysian to the degree that West Malaysians have. Sabahans may have been 100% behind you, but we have been treated more like 2nd class off-springs – not being accorded equal treatment in many ways, especially in economic development.
Under your long and illustrious term as prime minister, Sabah saw glorious days during the chief ministership of Tan Sri Harris Salleh. Economic development was at an unprecedented pace. Sabah’s reserve was at a historical height at RM2.5 billion. However, nine years of the worst possible economic darkness descended during the PBS government. Sabahans suffered badly. Then, the BN took over with your policy of revolving chief ministerships of two years each. That was a bad decision. The policy aggravated the economic development vacuum of the PBS government. The bad times continued.
Significantly, the composition of Sabah’s population has also changed in dramatic ways with the influx of immigrants in large numbers during your tenure – legal or illegal, it is now academic.

We began to see some light when Tan Sri Chong Kah Kiat took over as chief minister. His greatest achievement was his courageous initiative to begin to put things right in the prevailing context.
Under Tan Sri Musa Aman, with his business background and his economic vision, Sabah’s economy is on the right track again after more than 20 years. Tourism is booming, various types of substantive investments are coming in well. Sabah’s economy has been transformed from the sole reliance on timber revenue. Now Sabah’s revenue base is well and truly diversified. The Sabah economy has more resilience to withstand economic global turbulence. The administration of government and that of GLCs is in good shape. After years of deficits, Sabah is now back to having a healthy reserve of more than RM4billion.
Tun will appreciate why many Sabahans do not wish to sink back to the bad old days again. Sabahans, including myself, have seen more downs than ups in Sabah while West Malaysians have made rapid economic progress in all spheres.
A whole generation of Sabahans [1985-2003] has lost out in economic progress, with many now in retirement under extremely stressful financial circumstances. Going forward, we want to see more than political rhetoric or generalities so that our next generation will not suffer the same fate again. We want to protect what we have got now and build our economic future from here on.
Therefore, may I be permitted to ask Tun what PH and this Sabah party you mentioned, have in store for Sabah in terms of economic directions, policies and implementation? To the best of my knowledge, the opposition in Sabah does not have any economic plan, much less a coherent one for Sabahans to consider and to be comfortable with.
Tun, ultimately PH’s economic plan for Sabah can only be as good as the quality of the leader chosen by PH to lead in Sabah. Who will this leader be? Does he/she have the trustworthiness, experience, expertise and charisma?
With respects and best regards,
John Lo
John Lo is an FMT reader.
The views expressed are those of the authors and do not necessarily reflect those of FMT.