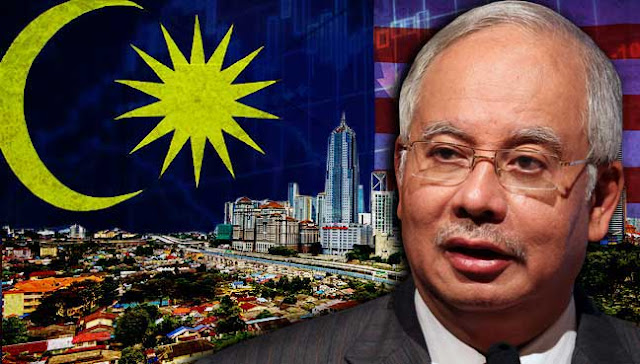 By TK Chua
Bruce Gale, let me ask you this: when prices of basic essentials are escalating, income, even in nominal terms, not growing, the ringgit is depreciating, GST throbbing, and subsidies ebbing, what am I supposed to do?

I am referring to a piece “Najibnomics has been good for Malaysia’s economy”, which appeared in the Singapore Straits Times on Sept 1, 2017, and also in FMT as “Economist defends Najib’s economic policies”.
The author wrote as if 1MDB, FGV and the controversial Arab donation are trivial matters. Are these not matters closely related to the poor governance, malfeasance and lack of confidence that the country is facing now? How else is the management of an economy perceived to be in good hands if not through the manner in which public finance is managed?
The author talked about “inherited” problems, such as public debt, which is strictly not the fault of the current administration. It was due to a single year’s pump priming in 2009 when the present prime minister first assumed office.
Perhaps it is time for the author to look further afield – at off budget agencies, public enterprises and GLCs, the massive loans of which are guaranteed by the federal government. Perhaps he should also look at new loans to be disbursed soon on new mega projects such as the ECRL and other gateways, the viability of which are deemed doubtful by many.
The author talked about debts denominated in ringgit and, therefore, there is no foreign exchange risk. This is true, but what about debt service charges and repayments which should be provided for in the annual budget. When more is provided for debt servicing, less will be available for essential services. Has he taken notice of the massive cut in allocation for education recently despite imposing GST?
I think we have heard ad nauseam that the weak ringgit is due to weak oil prices. My question is why are countries with no oil, to begin with, not as badly affected as Malaysia? Did the Thai baht and Sing dollar suffer the same fate as the ringgit? As an oil producing country, whatever the oil prices, it should provide us strength rather than weaknesses.
The author also argued that a weak ringgit is not all bad. It makes Malaysia’s exports cheaper and provides foreign direct investors with an opportunity to establish a presence in the country. I, too, have studied economics for many years and I can tell him this: it is an oxymoron argument to use “non-orchestrated” weak currency to “promote” export and foreign investment. Is Zimbabwe promoting export and encouraging foreign investment?
The author justified subsidy cuts by pointing out its unsustainability over the medium term. But was there really a subsidy cut? If in the past many wealthy people had enjoyed subsidies, I can say the same thing about BR1M, too. There are thousands of “wealthy” people, but with no documented income and, therefore, are entitled to BR1M payments. I think we will dig a bigger hole with BR1M eventually.
When imposing GST, the argument has always been we need new sources to replace the oil-related revenues. But after GST, have we resolved our deficit problem? The truth is we have always grown our expenditure to meet any new revenue we can lay our hands on.
I think it is useless to argue further. It is time the government tabulated the amount of money it spent on the people and the amount it spent on itself. Did the government ever cut the allocations for pomp and luxuries?
If the GST is necessary to force the middle class to share the tax burden, then the author should have gone to our markets to find out the price of a kilogramme of ikan kembong. Mind you, I am not talking about white pomfret here. The GST is not only regressive, it is poorly implemented, which resulted in prices escalating much more than the GST rate.
The author then talked about public sector reform as if we Malaysians know nothing about it.. Seriously, what reforms are we talking about here – setting up expensive outfits like Pemandu, UTCs, RTCs and establishing KPIs? Are all this not input driven? Instead of talking vague reforms, perhaps it is time for the author to look at the number of high ranking posts created in the civil service in recent times and their latest attendant salary scales to assess the sustainability of salary and pension payments in the future.
Economic growth is about the only sparkle we can boast about at the moment. But growth is not at any cost. Where have the sources of growth come from? Why has robust growth resulted in the government and households committing to and incurring more debts?
Finally, rating agencies can say many things. Suffice for me to say that some of these agencies have been sued for fraud before, for giving nonsensical assessments and wrong ratings.
TK Chua is an FMT reader.
The views expressed are those of the author and do not necessarily reflect those of FMT.