Of liberty and the tyranny of power 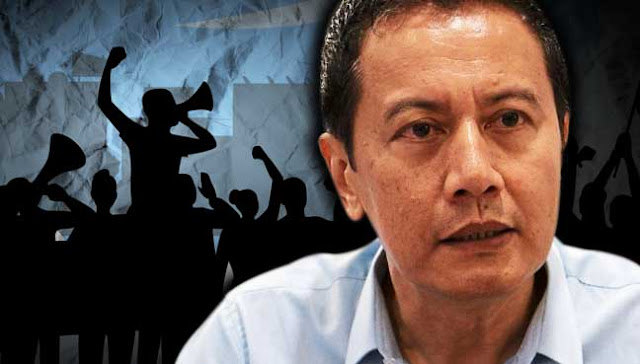 By Art Harun
It is naive and simplistic for anybody to think that democracy is about the rule of the majority.
A rule by majority it may well be. But not a rule of the majority for sure.
Even the father of utilitarianism – the principle that is often quoted by absolutist-democrats to justify the action of the majority to lord over and trample on minority’s rights – Jeremy Bentham, was very critical of those who utilised his utilitarian principles to lord over minorities.
Bentham was conscious of the very real issue about the relationship between the governors and the governed, calling it a relationship between “the ruling few” and “the subject many.”
In later writings, such as in “First Lines of a Proposed Code of Law” (1821), Bentham made clear that utilitarianism could easily be abused to make one single man happy instead of the happiness of many.
Bentham noted: “At all times, in all places, till yesterday, and in the new world, the magistrate – the legislator – such is man’s nature – have been tyrants, tyrants having each of them, for the object of his acts as such – not the greatest happiness of the greatest number – but his own single greatest happiness.”
It is therefore crystal clear that Bentham had never intended to justify any majority’s transgression of the minority rights just because such transgression could bring the most happiness to the most number of people.
He was in fact conscious of the fact that his utilitarianism principle could be warped and abused in that manner and he was dead against it.


John Stuart Mill, who was a strong advocate of utilitarianism, later made it clear that utilitarianism did not justify any transgression of minority rights. He noted that tyranny of the majority is an enemy of personal liberty (“On Liberty” – 1859).
Mill propounded: “The only purpose for which power can be rightfully exercised over any member of a civilised community, against his will, is to prevent harm to others.”
Thus, the argument that in a democracy, the majority has the right to rule and do whatever they please as they have been given the mandate by the people is a fallacy. It is in fact an abuse of democracy.
‘Liberty is the highest political end’
Lord Acton reinforced this position when he wrote in his essays on freedom and power (part of a book that he never finished) that: “The most certain test by which we judge whether a country is really free is the amount of security enjoyed by minorities.”
He later came up with this classical statement: “Liberty is not a means to a higher political end. It is itself the highest political end.”
Lord Acton was scathing in his critics of the infallibility of the Pope and King, who were believed to be beyond reproach. That critic applies to the states and government today as much as it applies, in those days, to the Pope and King.
In a letter to Mandell Creighton, Lord Acton had remarked: “I cannot accept your canon that we are to judge Pope and King unlike other men, with a favourable presumption that they did no wrong. If there is any presumption it is the other way, against the holders of power, increasing as the power increases. Power tends to corrupt and absolute power corrupts absolutely.
“Great men are almost always bad men, even when they exercise influence, not authority: still more when you add the tendency or the certainty of corruption by authority. There is no worse heresy than the office sanctifies the holder of it.”
Best interest of the state
In an ideal democracy, the majority votes are just the choosers of a government. Once the government is chosen and formed, that government and all the machinery of the state do not rule to achieve the greatest happiness of the the greatest number of people.
It governs the state in the best interest of the state, taking into consideration the rights, freedom and liberty of all subjects.
Lord Acton thus described liberty as “the delicate fruit of a mature civilisation”.
Alas, he also notes that “at all times sincere friends of freedom have been rare.”
Just look around us nowadays. And you would realise how these great men almost foresaw Malaysia in 2017.
Azhar Harun, better known as Art Harun, is a prominent human rights lawyer.
* The views expressed are those of the author’s and does not necessarily reflect those of FMT.