Muhyiddin: Anina told me she had no money, no job 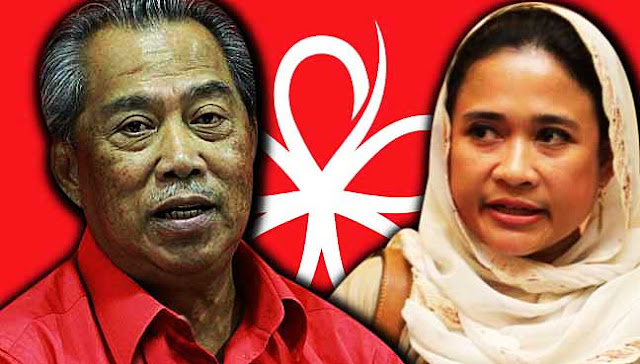 PUTRAJAYA: PPBM president Muhyiddin Yassin today disputed the reasons given by founding member, Anina Saadudin, for quitting the party.
He said Anina had informed him of her intention to resign from PPBM months earlier. However, he claimed the reasons she gave him differed greatly from what she told the press when announcing her official resignation on Saturday.
“Her statements (to the press) were inaccurate because she came to see me a few months ago to tell me about her intention to leave the party.


“I asked her why. She said it was because she was facing many problems. She didn’t have money and she didn’t have a job.
“But she never mentioned anything about how I or Tun treated her, or the actions of any other party leader,” he said, referring to PPBM chairman Dr Mahathir Mohamad.
Muhyiddin was speaking to reporters outside the Palace of Justice here today.
On Saturday, Anina, who was a former Langkawi Umno member, said she had decided to leave the party that she helped form because of the way she had been treated by its leaders, including Muhyiddin.
Her resignation came amid allegations by her own party members that she had received RM7 million from Umno.
Following the claims, Anina met with Malaysian Anti-Corruption Commission (MACC) officers on July 31 so they could investigate if she had indeed received money from the ruling party.
Speaking today, Muhyiddin said Anina had skipped all supreme council meetings and party events held over the last few months.
“So this is a decision she made on her own, due to her personal problems.
“It had nothing to do with the leadership,” he said.-fmt news-