Mahathir: I now realise DAP is not chauvinist at all 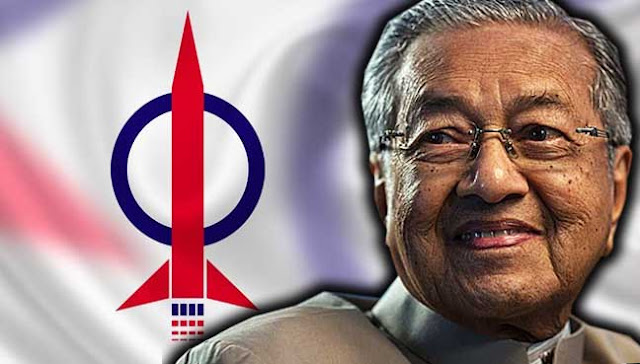 PETALING JAYA: Pakatan Harapan (PH) chairman Dr Mahathir Mohamad today said although he was behind Umno’s move to label DAP as a “Chinese chauvinist party” when he was the Malay party’s president for 22 years, he has come to realise that the opposition party is instead “ multi-racial”.
“I am the one who started the labelling of DAP as a Chinese chauvinist party. But when I got closer to them I found that they were not Chinese-only like MCA,” the former prime minister and current PPBM chairman said.
“DAP is multi-racial. They have Malays and Indians as well,” he said, adding that some of the party’s Malay members had even stood in elections and won.

“The image that I created of DAP was not really true,” he said at the launch of Johor PH at Dataran Taman Dahlia in Tampoi, Johor, tonight.
Also present were PH deputy president Muhyiddin Yassin and DAP parliamentary leader Lim Kit Siang, who is Gelang Patah MP.
Mahathir, 92, said he and other PPBM leaders gave serious thought to cooperating with other opposition parties after forming PPBM in September last year.
“Previously, we clashed with Kit Siang and Anwar (Ibrahim). Now we sit on the same stage with them,” he said.
Anwar, who is the de facto head of PH and PKR, is serving a five-year jail sentence in Sungai Buloh prison for a sodomy conviction. He is expected to be released next year.
Mahathir, who was prime minister and Umno president from 1981 to 2003, said it was natural for political opponents not to say nice things about each other.
However, he said since getting to know DAP better after the formation of PPBM, he had seen that the party did have a multi-racial membership.
“In their meetings they speak Malay, the national language. If they spoke in Mandarin, the Indians and Malays will not understand. Their song is also in Malay,” he said.
“So DAP is not so bad that we cannot work with them,” he added.
Mahathir also dismissed the claim that DAP would appoint one of its own as prime minister if PH won the election, and said the claim was fanned by prime minister and Umno president Najib Razak himself.
Mahathir said PPBM, PKR and Amanah, as the other components in PH, were all led by Malays with only DAP being led by Chinese, specifically secretary-general Lim Guan Eng and Kit Siang.
He said the three parties had enough talents of their own to enable the Malays to lead in a government formed by PH.
“So there is no way they (DAP) can force us to make one of them the prime minister. They can be ministers of course,” he said.
“Kit Siang is not anti-Malay. He fights for his race just like I do for mine,” Mahathir added.-FMT NEWS-