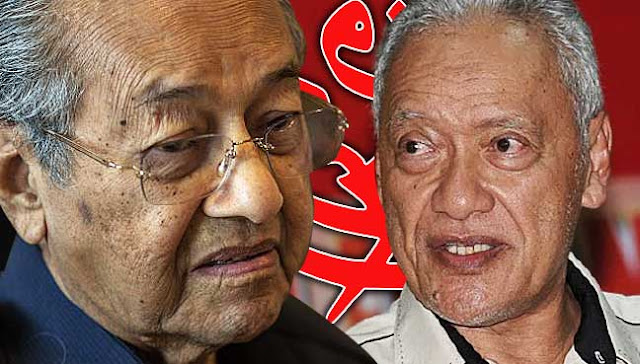 “I’m very happy that Tan Sri Mat Taib, like a frog, has jumped back into Umno,” he said in a video given to FMT.
“First, he was with Umno. Then he jumped to PAS then to PKR and then he expressed his support for me and PPBM, and now he’s jumped back into his shell.
“Congratulations to Umno. The more Mat Taibs it has, the more it is guaranteed to lose in the coming general election,” he said with a smirk.
Muhammad, better known as Mat Taib, was the former rural and regional development minister in 2009 before he was replaced by Shafie Apdal.
He had been an Umno and Barisan Nasional member from 1964 till 2013, before he joined PAS, which was under the opposition coalition, Pakatan Rakyat.
He quit the Islamist party in September 2015 and joined PKR as an ordinary member, saying he wished for a strong alternative government to be formed.
Mahathir said people like Mat Taib could not be trusted and said he was forced to resign as Selangor menteri besar in April 1997 after he was charged in Australia over currency irregularities amounting to RM3.8 million.
Mat Taib was cleared by the court as he pleaded that he did not understand English and therefore did not understand the currency regulations.
However, in a later development, an investigative committee found that the court had erred in its judgment.
“I know he can speak English and we cannot trust people like this. That’s why he was kicked out of the Selangor MB post.”
He also questioned why Najib treated Mat Taib’s rejoining Umno as such big news and said, “The fact that there was a special press conference for this goes to show that Najib feels as though his good buddy has come back to the party.”
-FMT NEWS-