MACC lacks the moral authority to ask for candidates list 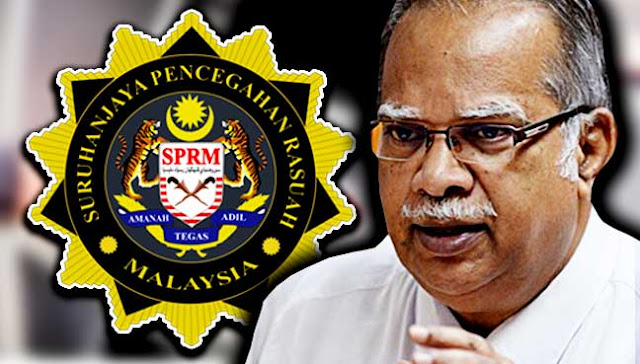 By P Ramasamy
The MACC chief’s request to opposition political parties to submit the names of their possible candidates for the next general election is really much ado about nothing.
The MACC might give the impression it is an active public agency embarked on mitigating the scourge of corruption in the country. But, sad to say, the MACC hardly has the moral position to combat corruption or to request opposition political parties for their list of possible candidates.

There is nothing in the law that states that political parties must submit the names of their candidates to be screened by the MACC before elections. Yes, the Barisan Nasional might have done so, for whatever reasons, but then the MACC cannot use this as an example.
Unfortunately, the MACC has neither the moral legitimacy nor the power of public persuasion to force something on the Malaysian public.
If the MACC is regarded as a fearless agency in combating the scourge of corruption, and even if there is no law, political parties in the country would have no option but to submit to the will of public pressure in giving the names of the candidates.
It might be a good idea for political parties to submit the list of their candidates for public scrutiny, but the MACC is hardly in a position to ask for this.
Right now, unfortunately, the MACC is not regarded as a fearless public agency combating corruption but merely an agency of the executive. Yes, the agency might have received much publicity recently by going after certain individuals both in the public and private sectors for their involvement in corruption, but it lacks the teeth to go after the “sharks,” especially those involved in mega corruption scandals. It is sad to see that it is only going after the “small fish”. Even some of the recent arrests have been questioned as being politically motivated.
There have been a number of mega scandals in the country but unfortunately the MACC has not given them importance in terms of arresting those involved in the scandals. To this date, it could be anybody’s guess as to why the MACC is rather reticent about those involved in the 1MDB mega scandal. This is even after the US Department of Justice (DoJ) had named certain Malaysian individuals.
Now if the MACC lacks the courage to deal with those who have ruined a sovereign fund like the 1MDB, then what moral authority does the agency have to ask for a list of possible candidates, especially from the opposition front?
DAP leader Lim Kit Siang is right in saying that he would support the efforts of the MACC provided the public agency is ready to forbid BN candidates from contesting the next general election if they are found to have been involved in major financial scandals such as the 1MDB. Is the MACC ready to do this?
A recent poll gave extremely low marks to the MACC. Of those interviewed, 90% said the MACC was not a neutral agency but one that was a “tool” of the Prime Minister’s Office.

If this is the public perception of the MACC, then what hope have we in combating and eradicating corruption in the country?
P Ramasamy is Penang deputy chief minister and DAP deputy secretary-general.
The views expressed are those of the author and do not necessarily reflect those of FMT.
Share to: