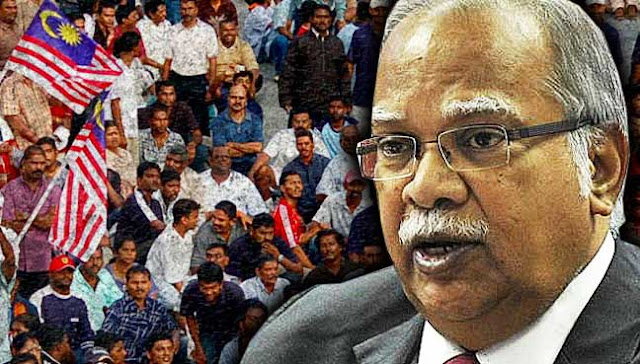 By P Ramasamy
I fully agree with Gobind Singh for voicing concerns about the lack of Indian leaders in Pakatan Harapan (PH).
I have similarly lamented on this matter on a few occasions in the recent past.

The concern about the lack of Indian leaders in PH raised by Ambiga Sreenevasan, Gobind and myself are serious ones so that PH, given the limited time, can adopt some rectification measures.
The question is: what should be the level of their participation if there is agreement within the leadership to seriously consider taking in more Indian leaders, mostly those from the existing component parties?
By the way, Ambiga was not the first to question PH on the lack of Indian leaders. In fact, the matter was discussed within the PH component parties after the formation of the national and state structures. Perhaps Ambiga brought it out in the open.
Anyway, it was not a criticism but genuine concern for the future of PH, particularly the nature of its ethnic and regional representation.
I have been informed that the matter of Indian representation has been taken up by the PH presidential council and further discussions have been planned in the near future.
In any discussions about Indian representation, it is important to bear in mind that representation for the sake of “window dressing” should be avoided.
While the PH leadership structures reflect the hierarchy of the existing component parties (leaders who have been elected), new structures should be created for the coalition leaders to nominate new leaders to address the glaring lacuna.
In this respect, PH should avoid creating bureaus to address the leadership vacuum. Rather, representation should be predicated on the basis of respect and dignity.
Dismantling Barisan Nasional’s kleptocratic regime will not be an easy task. No effort should be spared in creating and sustaining a dynamic and vibrant political coalition that may create history in the near future.
Any efforts on the part of the PH leadership to have representative structures to reflect the diversity of this country should not be considered as “mere concession”, but a political necessity to reflect the larger reality.
P Ramasamy is deputy chief minister II of Penang.
The views expressed are those of the authors and do not necessarily reflect those of FMT.